“I write and I read, and I write and read my way into and out of ideas and life. And that's what we do. That's what storytellers do.” Alexandra Fuller

Alexandra Fuller wrote a searing memoir about her childhood in Rhodesia as the country struggled to win black majority rule in what is now Zimbabwe, "Don't Let's Go to the Dogs Tonight: An African Childhood."

While she has not written anything overtly political, she says that everything we do is political from the decision we make to wake up in the morning to the clothes we put on our bodies, to the words we have the courage to speak.

Her new novel, "Quiet Until the Thaw", follows the lives of two Oglala Sioux cousins who grow up to take very different paths.

Support for this podcast is brought to you by the Wyoming Humanities. We take a closer look at our human experiences, and use stories to explore culture, history, and contemporary issues. You can find us onthinkwy.org.

Hello. I'm Emy diGrappa. This is "What's YourWhy?" Each week, we bring you stories asking our guests the question,"Why?" We learn about their passion, why they do what they do, why should we care, and what can we learn? What better place to explore the human landscape than from the state known for it's incredible landscapes, Wyoming?And what better organization than Wyoming Humanities, serving our state for over 45 years? We share stories, ideas, and wisdom about the human experience.Welcome to "What's Your Why?"

Today we are talking to Alexandra Fuller. She is a writer, born in Britain, raised in colonial Africa, and residing here in Wyoming. She has written five books of nonfiction. Her debut book was in 2002, "Don'tLet's Go to the Dogs Tonight: An African Childhood." She's known for her nonfiction writing and made her name with a searing memoir of her African childhood. She's known for her color and creativity. She recently released her first novel, "Quiet Until the Thaw." Welcome, Alexandra.

Before we start, tell us about your passion for writing.What brought you to want to be a writer?

As soon as I understand that books weren't something that came with air and water, that somebody made a book, I wanted to grow up and be the person who made books. And I think for me, maybe for all children, my mother was this just incredible outsized figure in my life. She wasn't a great mother, she was an amazing person, absolutely terrible parent. And her great passions were animals, dogs, horses, anything like that. And she loved to drink. She loved to sort of dance. She was wildly flirtatious. And she adored books, and that seemed in a way to be our safest bond was stories.

And it was the one place where there was a real richness to my life because being raised, I think, in a war, white supremacy, you become very very narrow. Your values become life and death. It's ... your values shrink, I think, uh, in war. And books were the one place where there was color, where there was such a thing as peace which I didn't know, when I didn't understand peace was an option. And so for me, fiction was the one place I could find what it might be to be a child and not have war. I loved, you know, the Narnia books, that there was this idea you could not only escape war by getting on a train, but that you could escape even that by going through a wardrobe door.

And go into another world.

When did you move to the United States from Africa?

What was your passion for writing a memoir?

I had written 10 wildly unsuccessful novels. I couldn't get them published. I then had two small children, eight and four. I think, you know, when I came here probably like other sort of white settlers moving here,I, you know, I believed the dominant narrative that civil rights are taken care of. You know, the black American experience and the (laughs) treaties where theUS government had taken care of Native American issues.

And I suppose I wanted to write a memoir because I came out of such racism and violence, and I thought my children would never meet white racists like we were. But I also wanted them to know, you know, what my world had been. It- it was, um, you know, a life so very different from here. And I didn't want them to grow up just thinking they could take this for granted, because I had seen how ideology can rob people of, I mean, their very ... I mean their lives obviously, but their humanity, their freedom, their choices.It was a long time before I recognized that ... myself in this country as, you know, in my adopted land as well as in my motherland.

What were the life lessons that you learned in your writings that maybe is a common thread that you're speaking about in your books?

Do you think there is one, or are they all so entirely different?

Well, for a long time I used to think the only book worth writing was the book, you know, that threatened to kill you. And I felt like that with all my books. They always felt very brave at the time. I look back now and I think I didn't push hard enough.

I don't even know anymore. I don't go, "Oh, this morning I'm gonna write for a few hours, or work for a few hours." It's-it's the same. If I'm doing dishes or writing, it's all things that have to come out of me into the world. And you know, Gandhi once said, "Integrity is when what you think, what you say, and what you do line up." And that's really I think what my books have all been.

Weirdly part of, I mean the novel- when I was writing the novel about the Lakota and really putting myself into the situation they had been in, the prayer that really guided me was Yolanda Pierce, theAfro-Christian scholar. And she said, you know, "Let those of us who've been on the- on the increase of history, let us decrease so that others have a chance to breathe and be," you know. And I think it's very clear that ourAfrican American community can't even exhale. I mean they have a big boot on their neck. Uh, American Indian community the same way. And so as I was writing this book and thinking what dismantling looked like, my life dismantled, at least materially. I mean it's been freeing. It's liberating.

So when you were writing the book "Quiet Before theThaw," what did you want people to take away with? What do you think your message was that you wanted people to grasp and ...?

Yeah, everyone always asks me that and I don't know ... I don't know. This noise that I make it not really for other people. It is, in a weird sort of of way, for me. It- it's such a selfish thing, this writing I do.

Now, what I got out of it. What I got out of it was that I should dismantle. So I dismantled my life. What I also got out of it was that trauma's inherited on both sides, whether you're the oppressor or the oppressed. Now obviously it's very easy if- if you're the oppressor to ignore the fact that you too have been victimized by your own hatred and history. I mean I really think that the opioid epidemic amongst white settler communities in the US has to be a result of this just, you know, unconscious as it might be but terrible, you know, repercussions of a very violent history. So really staring at that and living with that outrage for five years while I was writing this novel, you know, you eventually start to feel as if your earthly stuff isa bit of a blight, (laughs) that there should be less of it so others literally can have more.

And it's ... I mean it's across the board for me. It's sustainability. It's the fact that I'm old enough to shed stuff now and stop accumulating. But it was a lot about witnessing the Lakota's way of life and their huge respect for land. And it occurred to me truly that only people with a very narrow dimension on life, a very, very pointed, selfish goal could come in and destroy land and destroy millions of bison just, you know, to sort of bloat themselves. And that the people like the Lakota could never defeat an enemy like that because it- it couldn't occur to them to kill that much that was sacred in themselves, let alone outside of themselves, since there's no distance between what is sacred within and without for the Lakota. It's very white to have your sacredness within and without be separated. God is within inLakota, it's without, it's everywhere. So I guess that was another lesson too, that out separation from God as a settler community I think has really hurt us and allowed us to be quite wounding people, very wounding people.

What do you think can change in this world to open people's eyes to their own discrimination?

Well, you know what? No one's ever gonna see that they're discriminating. No one's ever gonna look at that. That's not what this is about, never has been. This is about the liberation of you. Trust me. If you're sitting there with all this antagonism and holding onto your tiny little portion of pie with all your might and ... You know, the [Shona 00:09:35] where I come from in Zimbabwe say, "The white man eat so much that by the end he's too fat to move from his own waist," and they pity that sluggishness, that grossness and mentally and ... I mean physically. I don't mean in some sort of physical fat way, I mean just in our accumulation of really how much we have, how much we consider it's a right to have.

It's always been about consuming. Yvon Chouinard said it.He said, "You can't change a government, but you can change the way you consume." And that changes everything, really at the bottom of everything.It's about looking at everything that you buy. That is your vote, truly. Where you put your money is is your vote. Then seeing if it contributes to your evolution or your devolution, because the only person you can liberate is yourself.

There's an Aboriginal activist, Lilla Watson, and she says, "If you've come here to free me, save your breath. But if you've come here because your liberation is tied up with mine, then good. Let's walk together."

I'm going to remember that. Thank you so much, and thank you for being here.

You're very welcome. Thank you.

Thank you for listening. I'm Emy diGrappa. This Think WY podcast is brought to you by the Wyoming Humanities. We use the humanities as a lens to explore the human experience. You can find us online at thinkwy.org. 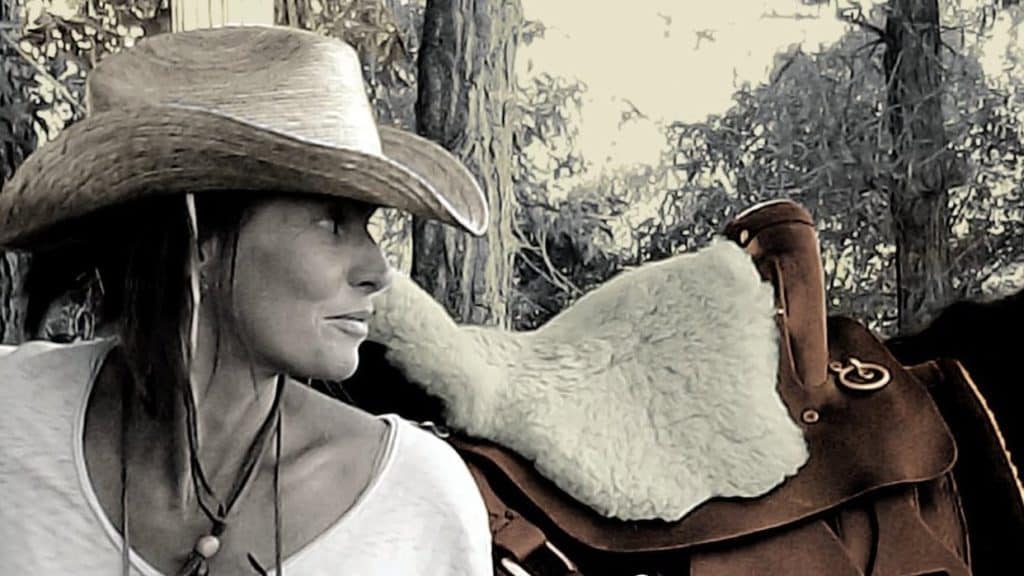