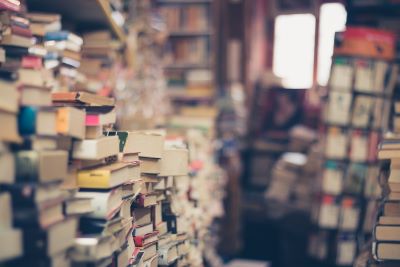 During your summer travels, hikes, and hang outs, don’t forget to bring a book! Here are some recent reads by Wyoming Humanities board and staff to get you started:

I just finished listening to Jon Meacham and Tim McGraw narrate their book Songs of America. It’s excellent. History of songs that are a part and force in America’s history. Songs composed and sung pre-revolutionary times up to and including President Obama’s 2008 election.

Also, I found Furious Hours: Murder, Fraud and the Last Trial of Harper Lee by Casey Cep a most compelling true crime drama. It’s long but worth it. One reviewer called it the “In Cold Blood” Harper Lee tried to write.

I’m half way through Mind of a Raven by Bernd Henrich. I felt compelled to find out about the raven who spent time on my porch this winter. Sometimes I could summon him with a whistle. He left a couple months ago but came back last month with a mate. They built a nest in the common area next to my condo and are now proud parents. Ravens have a level of intelligence that has amazed me.

I cannot speak highly enough about Madeline Miller’s Circe. The book retells an ancient story from a different perspective, and in the process, transforms the views of how stories are told and who gets to tell them. The writing is captivating and beautiful.

For years, Julius Scott’s recently-published book The Common Wind: Afro-American Currents in the Age of the Haitian Revolution was only circulating as an unpublished dissertation. Nevertheless, it influenced a generation of scholars seeking to see the Atlantic world as an interconnected network, linked together through trade routes for goods and enslaved people. The stories of those enslaved people come alive in Scott’s book; it is a must-read for anyone interested in the making of global capitalism, the history of race relations, and the struggle for a more just world.

For anyone interested in how technology is changing the world of work, making some jobs obsolete and creating new ones, I recommend Joseph Aoun’s Robot Proof: Higher Education in the Age of Artificial Intelligence. Aoun is a humanities scholar and a university president, and he makes a compelling case for why the humanities are growing even more important with these changes.

Ann Leckie’s The Raven Tower. Leckie has gained a reputation as a science fiction author (winning the Hugo, Nebula, and Arthur C. Clarke Awards for her debut novel), but here she dips her toes into the fantasy genre. What remains is her interest in non-human perspectives and a finely-tuned attention to the ways in which life is and isn’t fair. With accessible language, this is a perfect summer read.

Leadership in Turbulent Times, by Doris Kearns Goodwin. She expounds a theory of the most important traits for leaders in difficult times by examining the approaches and actions that allowed four American Presidents – Lincoln, Teddy Roosevelt, FDR and LBJ, to lead the nation in overcoming its most challenging obstacles. It’s hefty but really compelling.  If you’re doing a lot of road-tripping this summer, this one’s for you!

The Death of Truth by Michico Kakutani. The Pulitzer prize winning journalist writes in clear, succinct, urgent and direct terms about the “fake news” era in which we now find ourselves and the cultural/political trends that led to it. This is a brilliant, pithy page turner – perfect for folks who want to bring something they can knock out on an extended weekend summer getaway!

The Power of Habit by Charles Duhigg. The author explains exactly how and why humans are “creatures of habit,” and how we can use the knowledge to alter our own individual habits as well as the habits of organizations. The case studies he examines are fascinating and it’s an empowering book for those who like to use the summer as a time to reflect and plan for the future.

I just read City of Girls by Elizabeth Gilbert.  Gilbert spoke in Sheridan last spring or I might not have picked up this book, but it was a joy to read.  Gilbert’s tag line is “You don’t have to be a good girl, to be a good person.” Her characters raise great questions about morality and personal judgement – a wonderful summer read.  And I believe it passes the Bechdel test!

Where the Crawdads Sing by Delia Owens – A very well-written, deeply profound and engaging book. The evocative descriptions of the beauty and bounty of the salt marsh of the North Carolina coast transport you to the small boat the very young “Marsh Girl” learns to drive through the swamps to the small town on the bay where she trades for the necessities of life that can’t be drawn from her land. It’s a murder mystery, coming-of-age love story, social commentary (based in the Deep South in 1969), and ode to the splendor of the natural world. And did I say it was well-written? It’s a must-read.

Eternal Life by Dara Horn – A novel about what it would be like to live forever. The protagonist is born in Roman occupied Jerusalem 2000 years ago and to save her son, she and her lover make a vow at a temple in which they give up their ability to die. Based in present-day, with sometimes hilarious observations of how technology has changed over the millennia, and flashbacks drawing from Jewish history, this is a fantastic read. It ends suddenly and is one of those books that makes you mad when that happens.

Good Omens by Neil Gaiman and Terry Pratchett – OK, this is apparently an old book, written in 1990, by two superstars of science fiction. It’s been released as a miniseries on Amazon and when I saw the ads for the video series I checked the book out. Turns out the audio book has very high ratings so I’m listening to it as we speak. I’m not kidding, there have been times where I had to pull over while listening because I was laughing so hard. This is a funny story and as creative as you’d expect from these two brilliant authors. The audio book is 5+ stars good so I assume the series and the physical book is too. Imagine a demon (Crowley) and an angel (Aziraphale) who are both based on earth and over the millennia have become friends and quite accustomed to living with us humans (vs. heaven or hell). When Crowley is ordered to help bring the Antichrist and forthcoming Armageddon to earth, and the final battle between heaven and hell, Crowley and Aziraphale collaborate to prevent the end of the world. It’s great!

A few months ago, I asked several of my friends to recommend their favorite books.  My plan is to read 60 of them before I turn, ahem, 60.  (Good thing I have a couple years to complete the task.)  I will pass along a couple suggestions that my friends shared with me.

Dave Jost, my buddy from Fremont County, recommended Stephen King’s Elevation.  The Washington Post described the novella as “a slim, humane novel about the virtues of being neighborly.”  It was a quick read — or actually a quick listen since I checked it out of the Wyoming State Library’s RB Digital app.  I wholeheartedly recommend it, even if you are not a Stephen King junkie.

My dear friend Amy Enzi Strom recommended L.M. Montgomery’s Anne of Green Gables.  It turned out to be the perfect summer read.  The plot summary on Wikipedia states, “Anne takes much joy in life and adapts quickly, thriving in the close-knit farming village.”  It was refreshing to read a children’s classic that has lessons of hope and positivity for all ages.

Henry Mintzberg’s Managers not MBAs: A hard look at the soft practice of of managing and management development and Simply managing: What managers do – and can do better

Although it seems an odd topic for the humanities, Henry Mintzberg speaks directly to the need for more “humanities” in practice of business. For decades, Mintzberg has worked on understanding the underlying issues found in management and business practice with the result conclusion that we are not training business people (MBAs in particular) properly for the jobs they will encounter. In short, we have removed the human element from business with dire consequences.

In Managers Not MBAs, Mintzberg speaks to gap found in the traditional MBA education which focuses on marketing, accounting, HR policies, mergers, and shareholder value and the true nature of the job of management which is managing people. People who need to interact daily, who have differing motivations, values, ethics, and all the like but yet need to be brought together to do the work of the business. Management is about soft skills, practice, and reflection (the importance and work of the humanities?), he argues and less about the monthly profit and loss statement and daily stock ticker. The result is decades of MBAs turned C-Suite managers who can only see the price margin and have forgotten about the people who make the work happen, i.e., ENRON.

Simply Managing is a shorted, easy-to-read and digest version of a longer study and academic paper/book from Mintzberg titled Manging. In this book, Mintzberg attempts to demystify the difference between leadership and management, which he claims have been separated for too long. Driven by our historical recollections, myths, and stories, the 20th and current 21st-century vision of leadership invokes images of Steve Jobs, Howard Shultz, or even Walt Disney and Henry Ford. Our most famous leaders are mythicized, not unlike Hercules, Odysseus, or James Bond. Yet, despite there successes, there are an equal if not greater number of failures of business leaders attempting the impossible. Unlike our literary counterparts, it is simply not possible to become the great hero of the business world without much luck that cannot be authored. Instead, Mintzberg goes back to the ideas presented in Managers Not MBAs and highlights the failures of this approach while offering an alternative. That our workplaces are communities, that the best leadership is not separate from management but is in fact management done well and in concert with individuals being managed. Although his vision may often sound utopian, he presents solid, evidence-based management techniques that lower the status of our CEOs and places in the context of the true work of managing people and work tasks.