What’s Up with That National Monument Thing? 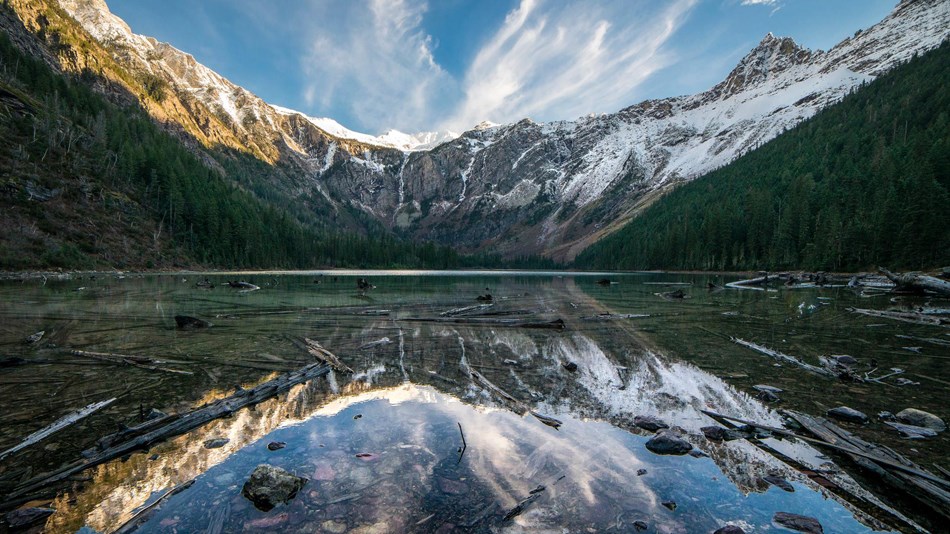 The American Antiquities Act of 1906, is one of America’s most important conservation tools. An important achievement in the progress of land management and preservation efforts it provided the first general legal protection of cultural and natural resources in the United States.

In the last quarter of the 19th-century concerns developed for the preservation of “antiquities,” prehistoric Native American ruins, artifacts, historic and scientifically significant properties. Private collectors, known as “pot hunters,” were devastating sites throughout the West. Iowa Congressman John F. Lacey, chair of the Public Lands Committee took a fact-finding tour to see the impact on federal lands with anthropologist Edgar Lee Hewett in 1902. Hewett’s report detailing regional antiquities and Lacey’s findings inspired a solution.  On June 8, 1906, President Theodore Roosevelt signed into law The American Antiquities Act of 1906 culminating a generation-long effort of scientists and educators.

Section 1 of the law makes it a crime to “…appropriate, excavate, injure, or destroy any historic or prehistoric ruin or monument, or any object of antiquity, situated on lands owned or controlled by the Government of the United States….” and identifies fines and imprisonment as punishment.

Section 3 addresses permitting; “for the examination of ruins, the excavation of archaeological sites, and the gathering of objects of antiquity upon the lands under … the jurisdictions of Interior, Agriculture and War, “…to institutions which they may deem properly qualified to conduct such examination, excavation, or gathering, subject to such rules and regulation as they may prescribe: Provided, That the examinations, excavations, and gatherings are undertaken for the benefit of reputable museums, universities, colleges, or other recognized scientific or educational institutions, with a view to increasing the knowledge of such objects, and that the gatherings shall be made for permanent preservation in public museums.”

Section 4 requires federal Secretaries of Departments included in the law “…shall make and publish from time to time uniform rules and regulations for the purpose of carrying out the provisions of this Act.”

It is Section 2 that has generated controversy for 111 years and is now ‘under review’.

“That the President of the United States, at his discretion, is hereby authorized, in his discretion, to declare by public proclamation historic landmarks, historic and prehistoric structures, and other objects of historic or scientific interest that are situated upon the lands owned or controlled by the Government of the United States to be national monuments, and may reserve as a part thereof parcels of land, the limits of which in all cases shall be confined to the smallest area compatible with proper care and management of the objects to be protected: Provided, That when such objects are situated upon a tract covered by a bonafide unperfected claim or held in private ownership, the tract, or so much thereof as may be necessary for the proper care and management of the object, may be relinquished to the Government, and the Secretary of the Interior is hereby authorized to accept the relinquishment of such tracts in behalf of the Government of the United States.”

Despite Supreme Court challenges and Congressional efforts to rescind designations, there are just two reductions in Presidential powers in the acts history. The first, an important Wyoming

As superintendent of Yellowstone, Albright kept pushing to save Jackson Hole. In 1926, John D. Rockefeller, Jr., the millionaire heir to the Standard Oil fortune, visited Yellowstone.  For years, Rockefeller was a park system supporter and his generous donations to projects such as Williamsburg were widely respected. Albright seized his chance, personally guiding Rockefeller and his family to Jackson Hole.

Rockefeller fell in love with the stunning landscape and magnificent views. Near where Jackson Lake Lodge now stands, Albright solicited Rockefeller’s help to save the Tetons and Jackson Hole. Rockefeller committed to a plan. Within months he was using influence and money to pursue the goal. He established the Snake River Land Company to secretly buy and consolidate privately held land for a national park. In 1927, Rockefeller was instrumental in convincing President Calvin Coolidge to remove thousands of acres from availability to homesteaders to preserve the migration route of the Yellowstone Elk herd. In 1929, Coolidge, with some local consensus, signed a bill creating Grand Teton National Park which did not include the valley. Outraged locals learned the company buying homesteads in the valley was a front for an eastern millionaire bent on acquiring acreage intended for inclusion in a park. A congressional investigation followed, and former landowners sued to have sales nullified to no avail.

The inclusion of valley property in the park remained politically untenable for more than a decade, but Rockefeller continued buying property. In 1943 Rockefeller threatened to dispose of the 33,000 acres acquired. Franklin D. Roosevelt used the Antiquities Act to create the Jackson Hole National Monument including National Forest lands and lands ‘relinquished to the government’ by the act by Rockefeller. Congress made repeated attempts to abolish the monument. In 1950 President Truman signed a bill adding much of the monument land to Grand Teton National Park.

That bill modified the Antiquities Act by requiring Congressional consent for creation or enlargement of national monuments in Wyoming, thus limiting presidential power under the act. Additional concessions included continuation of valley grazing rights under ‘life estate’ permitting and the inclusion of the only commercial airfield in the entire National Park System.

The second reduction of presidential power under the Antiquities Act, The Alaska National Interest Lands Conservation Act of 1980 followed Jimmy Carter’s designation of Alaskan national monuments. The act limits the number of acres that can be designated in Alaska to 5,000.

The act, critical for creation of our National Park System, telling the American story and protecting landscapes and historic and cultural sites, has always included partnerships with diverse organizations cooperating with community, city, county, state, federal and tribal representatives and professional and scholarly groups providing input before designations are made. For example, Bears Ears National Monument was created in December of 2016 at the request of five Native American tribes that spent six years in public meetings developing their plan. It originally included 1.9 million acres. An area so remote it was one of the last in the continental U.S. to be mapped, was reduced by Obama’s administration to 1.35 million acres, approximately the same size as a plan proposed by Utah and supported by their delegation.

The impact of the Antiquities Act in shaping public policy to protect a wide range of cultural and natural resources has been unmatched. But it also protects “existing rights,” ensuring what was able to be done before designation can likely be accommodated. This includes previously-existing private property access, valid mining claims and oil and gas leasing, utility infrastructure, roads, and livestock grazing. The act has been used by eight Democratic and eight Republican presidents to permanently designate 149 national monuments for special protection and recognition. The United States Supreme Court has repeatedly upheld presidential proclamations under the Antiquities Act, ruling each time that the president has nearly unfettered discretion as to the nature of the object to be protected and the size of the area reserved under the Act.

No president has ever revoked a national monument named by a predecessor. No president has ever tried until now. In April, Donald Trump signed Presidential Executive Order on the Review of Designations Under the Antiquities Act, an executive order that could threaten the future of more than two dozen national monuments designated by the last three presidents. Past administration officials, confident designations would withstand legal challenge at the time, are expressing concern even though the statute provides no authority for subsequent presidents to undo permanent designations.

Assigning the Secretary of the Interior to provide an unprecedented review of national monuments, established since 1996 the order asserts designations, “create barriers to achieving energy independence…and otherwise curtail economic growth.”  No mention is made of economic growth stimulated by tourism related to national monument designation. In 2015, Devils Tower National Monument created $26,996,400 in economic benefits per the NPS.

The act does not require consideration of impacts to economic growth or development for designation. Could these factors now be considered more important than the years of study conducted to evaluate and identify resources designated as national monuments under the law? How will review respect the special values requiring protection?

Congress has clear authority to abolish national monuments but has rarely done so, likely because polls indicate the public broadly supports even the most controversial monuments. A handful of monuments have been removed, however it is more common for Congress to make monuments into national parks such as Denali in Alaska, The Grand Canyon in Arizona; Joshua Tree in California; Olympic in Washington; Arches, Bryce, Zion, and Capitol Reef in Utah; and despite the uproar, Grand Teton, which generated $728 million in 2016 in economic benefits for local communities.

Are there unintended consequences on the horizon? Some Wyomingites remember James Watt’s tenure as Secretary of the Interior reinvigorating the environmental movement, bringing together a surprising coalition of business leaders, environmentalists, sportsmen, conservation-minded conservatives, demanding protection for public land. Today there is the Internet, and social media and activists groups ready to fight with their checkbooks. For example, Utah tourism generates 8 billion annually in visitor dollars as Utah’s largest “exported” industry. The stand against Bears Ears National Monument by state politicians led the Outdoor Industry Association, which ultimately pulled their bi-annual trade show, a twenty- year tradition in Salt Lake City. The move cost Utah $45 million. Buckle up, whatever is up with the national monument thing is about to get interesting.