What We Owe the Dead 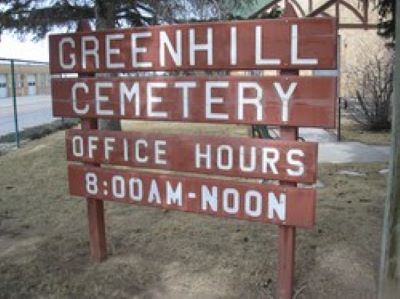 Cemeteries are often overlooked as something the public needs to be concerned with. However, cemeteries serve an important communal purpose and when they fall into disrepair action needs to be taken. But what can be done? There are simple things private citizens can do to help clean up, and volunteers can tackle bigger projects too.

In Virginia, a group of volunteers have been working for years to clean up the East End and neighboring Evergreen cemeteries, which are near Richmond. Both are abandoned black cemeteries, established in the early 1890’s. Jim Crow based segregation included cemeteries; black families were not allowed to bury their loved ones in the cemeteries that were already established so they made their own. Other historic cemeteries in the area contain Confederate soldiers and receive plenty of funding for maintenance. Evergreen and East End also hold veterans but have not received adequate funding for maintenance. Consequently, a forest has grown around and in the forgotten cemetery, so a good deal of the volunteers’ time is spent removing foliage and creeping vines from the headstones. This cemetery has also seen a lot of vandalism, so many of the headstones are broken—some to pieces, others only off their base—and may not be at the actual gravesite. Some are even found under piles of garbage. Volunteers do what they can to restore dignity to the dead.

The Weeks Cemetery cleanup in Ohio was organized by Bridgeport resident Tim Smith and Tom DeVaul, resident of Colerain, OH. The Weeks Cemetery belongs to the Village of Bridgeport, which at the time of the article’s publication was in a state of fiscal emergency. The town didn’t have the funds to maintain the cemetery, so the community decided to step in. DeVaul had made cleaning up the Weeks Cemetery part of his family’s weekly routine, mowing and weeding what they could in the 14-acre cemetery. Smith decided something needed to be done after meeting an elderly woman who was unable to visit her mother’s grave because of the overgrown grass which was shoulder height in some places. Together, Smith and DeVaul organized a cleanup day. The main event was a single day of hard yard work done by 50 volunteers including high school students and 4-H members, and several local businesses donated equipment. Locals and residents from neighboring towns have continued taking care of the cemetery.

Rock Springs residents felt their cemetery, and being buried there, was so important that  in 1924 volunteers spent months locating and moving all unregistered graves to the Rock Springs Cemetery. In the 1980’s, volunteers surveyed and completely re-landscaped the grounds creating a greenspace in the middle of the desert. In fact, the work volunteers did is what inspired the city to begin regular, fully funded maintenance of the cemetery later in the decade.

Landscaping and regular clean ups aren’t the only needs Wyoming cemeteries have. Some, like the Arapaho Catholic Cemetery on the Wind River Reservation need to be mapped. The Arapaho Catholic Cemetery is not organized in a grid like many other cemeteries. Many of its markers are wooden and have rotted away or become so weathered that it is impossible to read the name of the person buried there. The other cemeteries on the reservation are similarly disorganized, so the Northern Arapaho Tribe’s Historic Preservation Office has decided that all burial sites will be mapped. Although this project is being done by employees—who are tribal members—rather than volunteers, it is community based and motivated by the same sentiments that drive volunteer-based cleanups. As project leader Jordan Dresser said “These graves all tell a story in a sense. It breaks your heart when you see these unknowns, but then it fills your heart when you see graves like that one with the flowers on it. In a way, we’re trying to do that for all of them and show them the respect and love that they have here.” With the graves mapped, people will be able to find loved ones and ancestors with ease.

But why does remembering the dead—where they were buried, who they were—matter to a community? Cemeteries hold a town’s true history. Not its documents and photographs, but its people. If you happen to take a walk around Greenhill Cemetery in Laramie, you will notice that a lot of the old headstones have fallen into disrepair. They are broken or sinking into the soil, some with names that are no longer legible. When I see the forgotten graves of Greenhill, I see a disconnect between Laramie’s past and Laramie’s present. It probably isn’t possible to fully restore these headstones but doing nothing misses an opportunity to strengthen and enrich Laramie’s personal relationship with its past.

Take the resting place of George Hanson for example. George Hanson of Laramie was a sailor on the USS Oklahoma. He died in the 1941 attack on Pearl Harbor. Officials at the time were only able to identify 35 of the 429 men killed on the Oklahoma. George Hanson was not one of those 35. He was originally interred with the rest of the USS Oklahoma Unknown, and would remain there until DNA analysis began in 2015. In the summer of 2019, his remains were identified and given to his nephew, who is his only surviving family. Hanson’s memorial—a full military service—was opened to the community and dozens of Laramie residents attended. Though his grave is new, this story highlights the importance of remembering those who have passed and making sure they are cared for. Now that he is home, we know him and his story. His story adds to the story of Laramie. In knowing our city’s history, we come to know ourselves better as a community with a common history.

The dead inhabit a space between the physical and the ethereal. They provide a tangible and emotional tie to the past, allowing the living to feel and learn from it in a truer way than looking at old photographs or reading old documents. They say to the living “Here lies all that we were. Now, what will we be?”