How to Slay a Dragon; or, What Fiction Can Teach Us 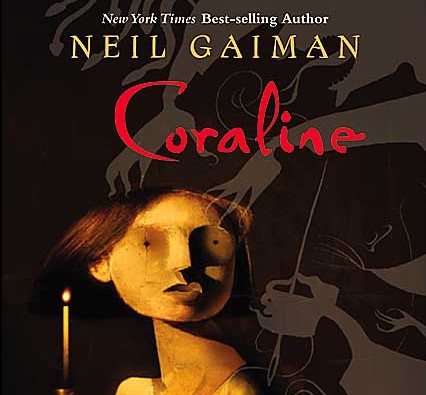 So reads the epigraph to Neil Gaiman’s novella Coraline. At the most basic level, this paraphrase of a G.K. Chesterton quote does what an epigraph should, hinting at the story’s larger theme. Coraline, the hero of the story, is thrilled when she discovers a locked door in her new apartment that, when opened, leads to an alternate world. There, Coraline’s neighbors are more interesting, more fun versions of themselves and her Other Mother and Other Father lavish her with attention and treats. Coraline, she learns, can stay, but only if she agrees to replace her eyes with buttons. When she declines and returns home, it becomes clear that her Other Mother—not so nice after all—has kidnapped her real parents. The rest of the story tracks Coraline’s confrontation with Other Mother, as she struggles and succeeds to outwit her and rescue her real parents.

As someone who grew up voraciously reading adventure stories, I am unsurprisingly invested in this story’s depiction of a young girl solving her own problems. Gaiman’s Hugo- and Nebula-award winning tale emphasizes that cleverness combined with bravery can take us a long way. That we can, in fact, beat dragons in their many forms.

Placing Coraline’s plot in conversation with its epigraph suggests another lesson about fiction itself: that stories can teach us what is possible in the world and help us to imagine what we ourselves might be capable of.

If reading stories can help to inspire us, it follows that we’ll identify with certain characters on the page. This tendency by readers goes far to explain the furor over the 2015 release of Harper Lee’s Go Set a Watchman, which depicted To Kill a Mockingbird‘s lawyer Atticus Finch not as a defender of the powerless and persecuted but instead as a racist who attended a Klan meeting and asks his daughter, “Do you want Negroes by the carload in our schools and churches and theaters? Do you want them in our world?” For many, To Kill a Mockingbird’s Atticus Finch is a model for what holding to a moral center looks like; to hear that his moral center had disintegrated was a disturbing revelation.

There may, however, be something useful there too. Literature doesn’t have to reflect our own views back to us but can instead highlight a contrast. This contrast might expand our own point of view on a subject, or at the very least put a spotlight on a particular way of thinking. When I read Ann Leckie’s award-winning science-fiction novel Ancillary Justice, for example, I found it profoundly disorienting. The novel’s narrator is someone for whom gender doesn’t exist and, since the novel is told from that point of view, gender doesn’t really exist in the novel either. It may not sound that confusing, but putting myself in that narrator’s head space made me realize how much I relied on the background information of what someone’s gender was in my assessment of that person.

Stories, then, can provide us with diverse points of view by highlighting different perspectives and voices. In a recent interview with famed book reviewer Michiko Kakutani, now former-President Obama describes fiction as “useful as a reminder of the truths under the surface of what we argue about every day” and as “a way of seeing and hearing the voices, the multitudes of this country.” Thus, Paule Marshall’s novel Brown Girl, Brownstones can highlight some of the experiences of growing up in Brooklyn as a second-generation immigrant during and after World War II, while Bonnie Jo Campbell’s short story collection American Salvage narrates the challenges found in Michiganders’ lives ravaged by meth and poverty.

While stories can help us hear and recognize “the multitudes of this country,” I’m not arguing that fiction is the key to entirely understanding someone else’s point of view. I may have read Brown Girl, Brownstones, in other words, but that doesn’t mean I, as a white woman who grew up in the Midwest, can now describe what it meant to be a black Caribbean immigrant growing up in New York City in the 1940s. Nor am I arguing that the only use of fiction should be to draw morals from it. As Lee Siegel points out, there are many other reasons to read stories.

One of the (many) things stories can do, though, is to help us situate ourselves and our points of view against other perspectives and the broader world. This may mean that we end up partially or wholly identifying with a character with different life experiences or values than our own. It may also mean we take inspiration from characters’ actions to slay our own dragons, metaphorical or real.