More of the Same: “The Momo Challenge” and Critical Thinking 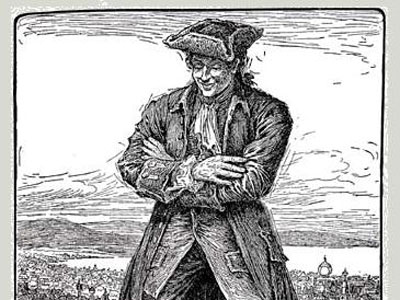 In the introduction to the 1964 Report of the Commission on the Humanities the authors state: “If the interdependence of science and the humanities were generally understood, men would be more likely to become masters of their technology and not its unthinking servants.” Indeed this theme is commonplace in our history and goes well beyond technology. Not unlike our fear of technology, bias, prejudice, and xenophobia are all rooted in the same fear of losing something or merely the fear of change. The question, is how do we better manage real concerns and filter out those which are invalid?

Perhaps the question is better phrased as, how should better inform ourselves? What tools do we have at our disposal to dispel myths and hoaxes while becoming more enlightened about the world around us? For nearly three-quarters of the American population, social media is the tool of choice despite questions about its trustworthiness. Like any tool, it is only as good as we make (or, demand) it to be.

Between February and March, an old, but seemingly new, hoax re-emerged from the annals of social media. The “Momo Challenge” instantly took hold of our social media channels and traditional media outlets, and it became a genuine and immediate threat for parents and children. The in effect the challenge was supposedly an escalating series of public stunts that worked its way towards convincing young people to commit suicide. While the news coverage was real and the potential for concern real, this “news” was not. However, we listened still, and we reacted with force. Our technology demanded a response, and in the most unthinking way, we served it.

Social media’s outward purpose is a drive for attention. By producing content on your favorite social media channel, you are seeking attention. We may want more likes (social approval), we may want compensation or to draw attention to a wrong (think about the numerous product callouts), or in the most benign sense, we may just be communicating with family and friends. However, the result is the same. Social media is designed to fulfill this need. The more popular a post is, the more it will be shown to others with similar interests.

Hoaxes are designed to draw attention to the creator. This need for attention is nothing new; it may be for basic attention, monetary gain, or malicious intent. Newer research shows younger generations are the loneliest. And it’s not just a social media issue. Consider the oft-criticized art of “tagging.” “When you’re young and powerless, graffiti is an easy way — well, not that easy — to earn the respect of your peers.”

In some ways, nothing has changed. Jonathan Swift played a very public hoax against Isaac Bickerstaff in 1708. Swift wrote Gulliver’s Travels purposefully as a hoax and commentary about travel expeditions of the time. Perhaps, our ability to perceive and create hoaxes makes them a critical component of our behavior. Perhaps, we are all too gullible and this allows them to succeed. Maybe, as in the case of magic, we simply want to believe in something unbelievable and awesome.

In the case of the “Momo Challenge,” however, this does not seem to fit. While someone undeniably created this with a desire to fool people, it was neither our basic gullibility or belief in the fantastic that drew so much attention. It was our fear. For Machiavelli, fear was his tool of choice. Fear is a driving component of Bentham’s panopticon. And fear is what created “Momo.”

Before “Momo” it was Slender Man. Before Slender Man, there was the Insane Clown Posse and before that, something else. With regard to the last two, there are very real concerns about dangerous behaviors, crimes, and the impact on younger children. But there are also seemingly incomprehensible dangers to children that rise from innocuous items like the Tide Pod Challenge. After children have been injured or killed with absurd stunts like the Cinnamon Challenge, how do we filter out the unbelievable truth from the cynical hoax? Better yet, what is the harm in being too cautious?

To approach social media with an abundance of caution suggests a validation of fear, that there is something to fear about social media inherently. But the problem has existed in some form or another well before social media. And, while there are debates about its efficacy, many people turn to social media as means to supplant their loneliness and perceived isolation. In fact, banning children from social media can increase these and other issues of social acceptance.

Perhaps the best approach is one of skepticism. Simple as it may sound, it is not that easy in real life. But it is an approach we may all benefit from and need, sooner rather than later. Rather than reacting and acting in servitude of social media based on immediate concerns, enjoyment, or initial reaction and pressing the share or heart button, we need a more instantaneous employment of critical thinking. We need to ask why more often to understand the needs of ourselves and society.

Instead of fearing the influence of social media, we should be asking ourselves why children feel the need to participate in the Kylie Jenner Lip Challenge or Skin Eraser Challenge. Before immediately believing the latest fear grabbing story, we should verify its validity as a true concern or not – a task easily accomplished on the same device used for social media consumption. We have more information and power available to us at any given point in the day than at any other time in history – if we chose to master it. Our technology is not the problem. We, its servants, are, and rather than being more concerned about the effects of social media, we should take a closer look at ourselves, our families, and our friends and show concerns for them – here and now, not on their social media profile.