The Lost Dauphin of Mississippi 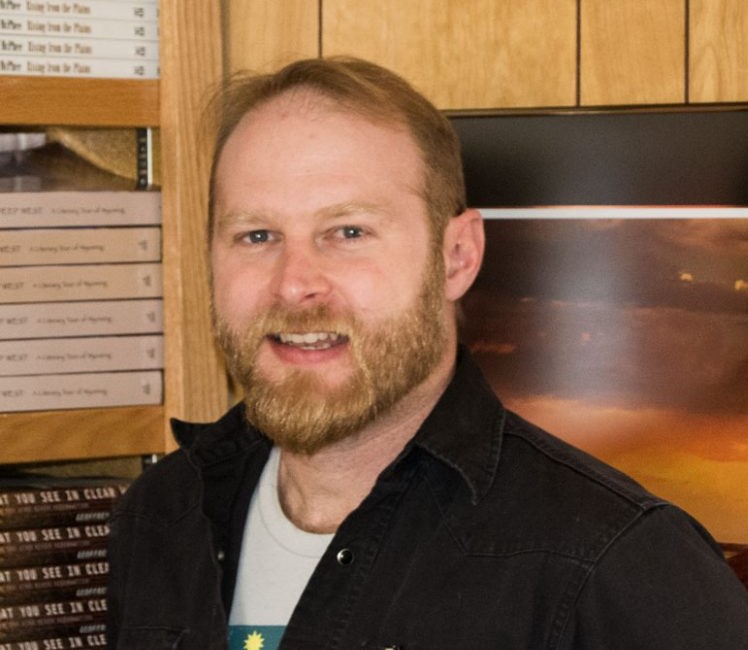 This month I will give you a reprieve from the bad news from Washington, DC upon which we’ve been focusing. We will be asking you to help us advocate for the NEH, as it means our very existence, during the coming months as Congress begins their own process and considers what guidance they take from the Trump administration’s proposed budget. We’ve had good coverage about our plight in many media outlets, and you can track them on our website advocacy page.

I want to share the news that our Regional Director, Jason Burge, will be leaving Wyoming Humanities to move to New Zealand where he will catch up with his long-time partner, Claire, who has a post-doctoral research appointment at the Victoria University of Wellington. This is a sore loss for us here at the council, as his thoughtful and creative input has shaped our work for years and, in many ways, his work was the very soul of our organization.

Jason joined Wyoming Humanities in 2008 as an administrative assistant, before my time here. He came to Wyoming with bachelor’s and master’s degrees in literature from Mississippi State to pursue an MFA in Creative Writing at the university’s nationally-ranked program. A former construction worker and self-described “renaissance redneck” who cannot finish a sentence to a woman without saying “yes, ma’am,” Jason very quickly demonstrated his deep humanities thinking and became the heart of our programming and content creation operation as a manager of communications and programs and then ultimately a regional director. He selected books and created thematic series for the Reading Wyoming program, including managing a very popular Civil War reading series. Along with Program Officer Sheila Bricher-Wade, he created the Civility Matters! summer traveling tent concept which included having conversations with people at fairs and festivals all around the state by spinning a “Rumination Roulette” wheel to spur thoughtful conversations inspired by the humanities.

As part of the NEH’s special initiative called Standing Together: The Humanities and the Experience of War, Wyoming was recognized for our creative programming to use the humanities to help veterans explore their experiences. This was another area where Jason’s creativity and authenticity played a very significant role as he came up with an idea to coordinate with Project Healing Waters, an organization that gives veterans the opportunity to learn how to fly fish and experience the healing capacity of being in nature. We provided the veterans with copies of the masterpiece A River Runs Through It, and then Jason went on a fishing/camping excursion with the vets and hosted a talk about the book around the fire at the end of the day. The vets left with a deeper appreciation for great literature and Jason left with more new friends.

More recently Jason has been responsible for the thinkWY Insight story-telling events, previously put on as Ignite programs. He conceived of the reworked parameters for the presentations (21 slides advancing every 20 seconds for a 7-minute story), recruited amazing speakers and trained them until their talks were tight and professional, and executive-produced the events from beginning to end—including playing music and recruiting amazing musicians to help keep the evenings fun and energetic. If you’ve been to one of these powerful events, you know what I mean when I say they are dynamic, entertaining, and the very best example of the power of the humanities. This year he accomplished the herculean task of producing THREE Insight events—in Cheyenne, Casper, and Laramie—in less than two months.

Jason’s departure will leave a gaping hole in the art and music scene of Wyoming as well, especially in the Laramie community. Jason has become a fixture on stage at many of our local venues and was a finalist or winner in the Annual Laramie Singer-Songwriter Contest at the Buckhorn Bar for the last few years, finishing off on top this year winning the contestant vote for the top song. His band, Dauphin, consisting of Jason and his friend Ray Mitchell, recently released an album, “Prodigal Songs for the End of Days” and was selected in the highly-competitive Wyoming Independent Music Initiative put on by the Wyoming Arts Council. When Jason wasn’t playing with Ray, you could find him on stage with any number of the state’s most well-known musical groups, who are all crying in their beer as much as we are about his leaving.

We are happy for Jason as he embarks on this great adventure on the other side of the globe. He plans to focus on his singing and song-writing and will travel New Zealand like a troubadour to pursue his dream of being a full-time musician. His last day with us is today, May 31, but he doesn’t plan to leave the States until August, so we have a little more time to extend our farewells. We’ll miss him so much but we look forward to following his musical adventures. The Maori words for farewell, “haere rā,” make us too sad so we’ll say “ka kite Jason,” we’ll see you soon my friend.