The Government Shutdown, the NEH, and State Humanities Councils 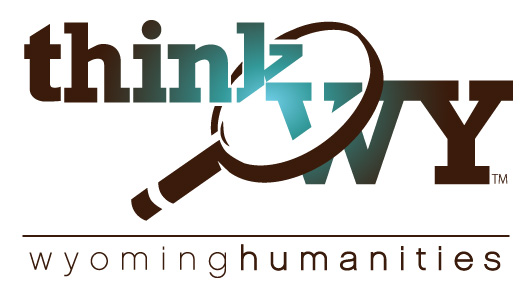 As you are surely aware, our nation recently experienced the longest government shutdown in US history, 35 days, surpassing the 21-day shutdown of 1996. Because the National Endowment for the Humanities (NEH) is funded through the Interior Bill—one of the bills that had not been completed by the time of the shutdown—it was one of the federal agencies that were immediately closed by the shutdown. As state-based affiliates of the NEH, this shutdown directly affected state humanities organizations across the country, including Wyoming Humanities.

It is no secret that the current administration has called for the elimination of the NEH. Fortunately, congress and America continue to believe that our work is vital to our nation and our federal funding was handily secured for 2018. Over fifty years ago, President Lyndon B. Johnson signed legislation in 1965 creating the National Endowment for the Arts and the National Endowment for the Humanities because congress and the nation believed that support of the arts and the humanities is in the national interest. Indeed, the NEH was the manifestation of the belief that the humanities stimulate reflection on the values that Americans collectively hold as a nation as well as the unique values we all hold as individuals. Our elected leaders tell us they continue to believe this and their votes to support the NEH reflect that.

The NEH founding legislation was also shaped by what was going on in the late 60s. The underlying rationale for the agency was based on the then widely-held opinion that the American experiment in self-government requires a thoughtful and informed citizenry. With this starting point, an eloquent public argument was made that “democracy demands wisdom and vision in its citizens.” Our leaders also recognized the need to heal a country deeply divided by the Civil Rights movement and Vietnam War, so Congress determined to ensure that funding for public humanities programs reached every corner of the nation to help us find a common ground. In 1970, five years after the founding of the NEH, Congress directed the agency to establish state-based programs that could effectively reach all citizens. The NEH conducted a year-long experiment in six states, including Wyoming, to determine the best way to accomplish this. After this experimentation period, it was determined that the model tested in Wyoming and Oregon—to distribute funds through an independent committee, unaffiliated with state agencies or universities—was the best model and soon after, the first six humanities councils, set up as independent 501c3 nonprofit entities, were confirmed. The United States now has 56 long-standing, hard-working humanities councils that serve every state and U.S. territory—all based on the “Wyoming model”—that receive annual funding through the NEH Office of the Federal/State Partnership.

In the ensuing decades, funding the federal government became a public issue year after year and views that the arts and humanities were non-essential public services took hold in places, leading to reduced funding for the NEH and NEA. State humanities councils have had to adapt and seek other sources of funding to do the work their constituents have grown to love and need. This federal funding insecurity encouraged all state councils to pursue other forms of revenue to maintain and enhance their capacity. For many states, that included turning to their state government. Today, 80% of state humanities councils receive some level of funding support from their state government—and we are blessed to have been receiving funding from the Wyoming State Legislature passed through the Department of State Parks and Cultural Resources for ten years. We have also pursued funding directly from foundations and corporations for specific programs, and we’ve had to learn how to raise funds from our fellow citizens to help us grow and operate at the most impactful level possible.

When the NEH was shuttered in late December, not a single council had to close. Many councils temporarily cut back their granting operations, but we all had at least some amount of reserve funds to draw upon to keep our doors open and services running. Those reserve funds came from our donors. Our state humanities councils represent the very best of the marriage of public and private resources to serve the greater good. When you give to us, your dollars are matched by BOTH federal and state dollars to accomplish amazing things, and one of them, sadly, is to help us build a reserve to protect our operations from the insecure nature of our federal funding.

The humanities are needed now more than ever as we yearn for civil discourse and an understanding of the complexities of being human. We need to talk about the function and importance of our government and explore finding common ground rather than focusing on issues that currently divide us. For nearly 50 years, Wyoming Humanities has served the entire state of Wyoming with no-cost, first-hand, engaging experiences with the humanities and I’m excited for the celebrations we’ll be hosting to commemorate our 50th anniversary in 2020.

Wyoming Humanities is the very backbone of the creative and cultural infrastructure of Wyoming and our work is vitally necessary as we seek to diversify our economy and strengthen our society. The shutdown forced us to tap our reserve and we now must put an even greater emphasis on replenishing and growing it. Please consider donating to our Legacy Fund reserve account by selecting it when you donate online or simply write “Legacy Fund” in the memo of your check if you prefer to mail it to us.

I genuinely appreciate your comments and guidance so please don’t hesitate to get in touch with me if you have any questions.