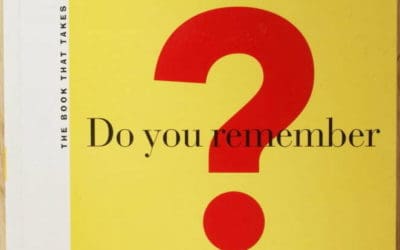 Looking back on this summer’s films, what stands out are quite a lot of sequels: Avengers: Endgame, John Wick: Chapter 3, Dark Phoenix, Toy Story 4, Spiderman: Far from Home, Men in Black International, Shaft, The Angry Birds Movie 2.

Some of this summer’s films are less sequels than remakes—recreations of films originally released sometimes 20-something years ago. For instance, Disney’s Lion King (2019), released to record-breaking profits, was not a reinterpretation of the 1994 film, but rather a remake (often shot-for-shot) that substituted CGI-animated animals for the original’s more traditional animation. Essentially, the same story with the same characters and (most of) the same dialogue. Just with different voice actors (one of which, admittedly, was Beyoncé), and animals that look more real than animated.

Reviewers were, on the whole, skeptical of the film’s quality. The CGI animals were an impressive technological feat, the consensus went, but the 2019 Lion King was missing some of the original’s heart. “The animals’ lips may match their dialogue, but there’s next to nothing going on behind the eyes,” writes NPR’s Justin Chang.” “Who knew photo-realistic lions were this bad at emoting?” Given the film’s monetary success, one suspects the lukewarm reviews are not that much of a concern to Disney’s executives. Indeed, in article after article exploring Disney’s predilection for said remakes, journalists note that “security” and “bankability” are the primary reasons. “Disney is (literally) banking on people already liking the animated films it’s remaking,” argues Alexandra Whittaker. “If people already like it, there’s a greater chance they will pay money to see it in another form, and [Disney] skillfully skip[s] over the step that brand-new stories face of drawing in a devoted audience from scratch.”

From this helpful comprehensive list, it’s apparent that a good part of Disney’s film strategy for at least the next three years or so is exactly these sorts of live-action remakes. Lady and the Tramp is slated for this November, with Mulan in 2020 and Cruella in 2021. A recent announcement of Halle Bailey’s casting as Ariel in the upcoming live action Little Mermaid drew backlash from certain quarters; Bailey is black, and, in the original movie’s animation, Ariel is white.

While Bailey’s casting was celebrated by many, that there were objections (although perhaps exaggerated) highlights an issue with these sorts of remakes: if people have warm feelings for those earlier films, remaking the films risks not recapturing those same warm emotions. You might think here of the complaint by people—many of whom were men—who objected to the all-woman remake of Ghostbusters because the remake would somehow ruin their childhood memories of the original. We could call this the nostalgia dilemma.

While we now think of nostalgia today as a sort of sentimentality, its origin lies in war. Coined by medical student Johannes Hofer in 1668, “nostalgia” described the intense homesickness associated primarily with Swiss mercenaries fighting in the lowlands of France and Italy. It was viewed as a serious neurological affliction that was difficult to cure except by sending those stricken by it back home; the term comes from the Greek nostos (return home) and algia (longing). (The Swiss were thought to be particularly susceptible “due to earlier damage to the soldiers’ ear drums and brain cells by the unremitting clanging of cowbells in the Alps.”) Today, researchers consider nostalgia—now recognized as a feeling felt by all humans, not just the Swiss—a potential source of comfort rather than a debilitating illness. Nostalgia, writes John Tierney for The New York Times, “has been shown to counteract loneliness, boredom and anxiety. It makes people more generous to strangers and more tolerant of outsiders. Couples feel closer and look happier when they’re sharing nostalgic memories. On cold days, or in cold rooms, people use nostalgia to literally feel warmer.” Importantly, in modern concepts of nostalgia, the longing is not about returning home to a specific place, but instead a feeling (often pleasant, although perhaps bittersweet) associated with a memory of the past.

This nostalgia is one felt by individuals, particularly at transitional moments of life; researchers note young adults and the elderly are particularly nostalgic, citing the large life transitions these groups go through. But what happens when nostalgia moves beyond individual memories into broader, cultural ones? Cultural scholars argue that these sorts of nostalgia, seen in films, public events, and other social productions, reflect a specific idea of the past and its relationship with our present. Nostalgia, writes Susan Stewart in her book On Longing, “wears a […] face that turns toward a future-past, a past which has only ideological reality.” Nostalgia’s past, in other words, is not the actual past, but a perception of a previous time that aligns with a particular ideological stance (e.g., depicting the 1950s as an idealized time in American life, which in the process elides the social inequality experienced by many Americans during that time).

Commonly cited in discussion of nostalgia, the scholar Svetlana Boym distinguishes between two types of nostalgia: restorative and reflective. While both nostalgias are very much focused on an imagined past, their relationships to that past are quite different. Restorative nostalgia, for Boym, is a nostalgia that seeks to recapture and restore an imagined, idealized past; as such, restorative nostalgia “does not think of itself as nostalgia, but rather as truth and tradition.” Reflective nostalgia, on the other hand, focuses more on the emotions involved in recollecting the past than an attempt to recreate that past. It accepts, explains Hal McDonald, that “the past is, in fact, past, and […] savors the emotions evoked by its recollection.” Rather than calling up an ex at 1 a.m. because you heard “our song” play—a move that McDonald argues falls squarely under restorative nostalgia—reflective nostalgia “would be more likely to make us reach for an old photograph than for our phone, evoking in us a momentary sense of emotional pleasure rather than a restless urge to recreate a special moment from our past.”

Boym emphasizes that “these distinctions are not absolute binaries,” that nostalgia can be both “a poison and a cure.” This echoes psychologists’ own cautions about the personal benefits of nostalgia: while dwelling on how memories of the past can help people (and warm them!), direct comparisons of the past to the present are less productive. Thus, reflecting on “what has my life meant” would be more beneficial than saying “those were the days.” For both Boym and these researchers, allowing flexibility in nostalgia—resisting restorative nostalgia’s tendencies to rigidly recreate the past—allows for more productive outcomes. “Perhaps,” muses Boym, “dreams of imagined homelands cannot and should not come to life.” “The prepackaged ‘usable past’ may be of no use to us if we want to cocreate our future.”

So how does this connect back to the spate of remakes? Boym and others provide a caution again demanding a restoration (or, a shot for shot remake) of certain films. That rigidity, that insistence that a certain story can only be told one way, or lived by one type of person, ultimately limits the stories that might be told, and our imagination with them. The animals might look good, but they fail to capture the feelings of wonder and delight we associate with the original. Perhaps, instead of trying to recreate those feelings, we spend some time with those memories and then seek out different stories to enjoy. “In the end,” argues Boym, “the only antidote for the dictatorship of nostalgia might be nostalgic dissidence.”