Race: Its place and portrayal in film making 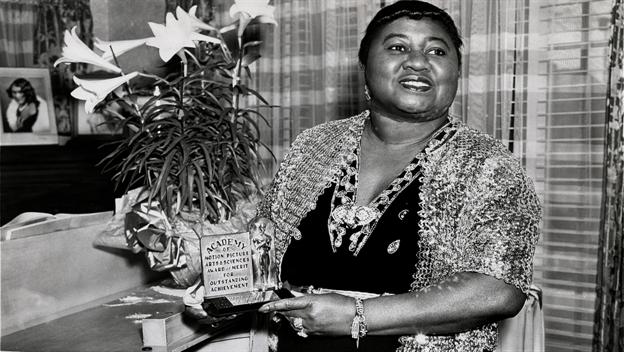 The 1915 film Birth of a Nation holds a troubled place in American film history.  On the one hand, it has long been credited as a skillful, even masterful, piece of filmmaking, one that helped to cement much of the visual grammar that films still use today. On the other hand, the film is aggressively racist in its depiction of African American men as sexual predators and troublingly celebratory in its depiction of the Ku Klux Klan as saviors of threatened white womanhood. In his essay on the film, Roger Ebert deftly presents the paradox of viewing the film from our current time:

Today, what [Birth of a Nation audiences] saw for the first time, we cannot see at all. Griffith assembled and perfected the early discoveries of film language, and his cinematic techniques [have] influenced the visual strategies of virtually every film made since; they have become so familiar we are not even aware of them. We, on the other hand, are astonished by racist attitudes that were equally invisible to most white audiences in 1915.

Two forms of representation are at stake here: the broad question of how one tells a story through a visual medium like film—when to use a close-up, when to use a long, establishing shot, etc.—and the not unrelated question of what stories should be told through this medium.

For American films intended for wide release, the default for both these questions has for quite a long time been a focus on white faces and white stories. This comes down even to the technology associated with cinema; when 12 Years a Slave was nominated for an Oscar, The Washington Post published an article highlighting how digital technology had only just begun to allow filmmakers to capture the nuances and textures of dark skin. “For the first hundred years of cinema,” explains Ann Hornaday, “disregard for black skin and its subtle shadings was inscribed in the technology itself, from how film-stock emulsions and light meters were calibrated to the models used as standards for adjusting color and tone.” This technological default for lighter skin resulted in filmmakers having to take extra steps to film dark skin, such as shining more light on black actors and using “a variety of gels, scrims, and filters.”

The technological bias towards filming white skin is also related to the film industry’s long default towards telling stories centered on or around white people. An effect of this storytelling standard is that while films intended for wide distribution were able to tell a range of stories that involved white characters, the stories available to black characters and other characters of color were far more limited.  Hattie McDaniel, one of the most famous black actresses of the 1930s and 1940s, for instance, was best known for playing maids on the screen, becoming the first black woman to win an Oscar for—you guessed it—her role as a maid in Gone With the Wind. Her acting accomplishments are significant, but it is also difficult to ignore that nearly 80% of the roles she played can be classified as “maid.”

Perhaps my favorite example of the challenges of what type of stories about people of color were able to be told on screen comes from around the same time McDaniel won her Oscar. Richard Wright’s novel Native Son (1940) had just been published; the bestseller tracks the black antihero Bigger Thomas through his life in Chicago and his subsequent trial for murdering the white daughter of the rich family he worked for. After its publication, there was significant interest in adapting it for the screen, but only if Bigger-on-the-screen was white rather than black, a casting choice that would have significantly changed the meaning of Bigger’s actions and that of the overall story. Wright declined the offers, but that such a suggestion was made at all—a rough equivalent would be making a biopic of Johnny Cash in which he is a teetotaler who sings only happy, carefree songs—indicates how much the movie industry defaulted to focusing on white characters and stories.  (Wright would eventually end up playing the 20-something Bigger himself in a 1950s adaptation of the novel, perhaps a questionable decision since he was in his paunchy 40s at the time.  The film was a critical and commercial disaster.)

The film industry today can still be, and often is, critiqued for foregrounding white stories and characters. See, for example, the Twitter campaign #OscarsSoWhite started by April Reign after she had realized no female directors or actors of color were nominated for the 2015 Oscars (and this the year that Selma was released). The hashtag became even more popular in 2016 when, for the second year in a row, no actors of color were nominated for the major acting categories.  This absence was especially highlighted by the fact that films that did focus less on white characters and stories—most notably, Creed and Straight Outta Compton—received nominations, but only for white contributions to their stories (Sylvester Stallone and Straight Outta Compton‘s two white screenwriters, respectively).

One can always argue that such complaints are trumped up, given the arbitrary nature of these types of awards. If the films were directed better, if the actors acted better, the argument goes, nominations would follow; they weren’t, so they didn’t. What this stance fails to take into account is that we are used to seeing and, consequently, rewarding, very particular stories on the big screen.  Take Kevin Costner’s character from this year’s blockbuster Hidden Figures, for example.  When Costner’s character realizes that the African American math genius Katherine Johnson, played by Taraji P. Henson, must run across NASA’s campus to have access to a “Colored” bathroom, he destroys the “Colored Ladies Room” sign, declaring “No more colored restrooms.  No more white restrooms. Just plain ol’ toilets. Go wherever you damn well please.  Here at NASA, we all pee the same color.” An inspiring speech, certainly.  But one that never happened.  The real Katherine Johnson simply refused to acknowledge segregated bathrooms: “I just went on in the white one.”

Hidden Figures, though based on real life events, is of course not a documentary, and the screenwriter and director are entitled to creative license in telling the story of the black women who helped to send the first Americans into space. However, why not keep the “real life” version of this story? Isn’t Katherine Johnson portrayed in an even stronger, more inspiring light if we see her point blank refusal to cede to segregationist rules?  To not have time for such ridiculous laws when the fate of America’s astronauts lies partially in her hands? Of course. But that portrayal would also take away a focus on Costner’s heroic white character. And when white audiences are used to seeing white stories and characters on the screen, why not throw them a bone in a film about black women mathematicians? Again, that’s certainly the director’s right. But we should also ask ourselves what stories and characters are we missing out on as a result of such choices?