Pushing back against “Model Minority” and “Yellow Peril” stereotypes 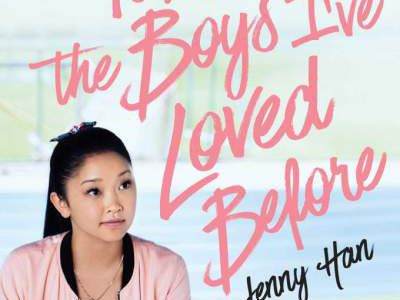 In Netflix’s recent rom-com hit To All the Boys I’ve Loved Before, the two love interests are streaming John Hughes’ Sixteen Candles.  They’re almost done: Sixteen Candles‘ heartthrob Jake Ryan is looking for Molly Ringwald’s character.  He knocks on her door, only to be confronted by the Chinese exchange student Long Duk Dong (played by actor Gedde Watanabe), who screams and slams the door. (You can watch the scene here.)

Lounging on the couch Peter, To All the Boys’ love interest, pops some popcorn into his mouth and asks, “I’m sorry, but isn’t this character…Long Dong Duk…kinda racist?”  The film’s protagonist, Laura Jean, replies, “Not kind of. Extremely racist.” “So why do you like this movie?” Laura Jean’s younger sister pipes up: “Why are you even asking that question?  Helllooooooo…Jake Ryan?!”

And right before a pillow fight begins between little sister and Peter, Peter responds: “I am way better looking than that guy.” It’s a cute scene, showing that while Peter and Laura Jean are, in classic rom-com style, only pretending to date, there’s more there.

The scene works on a more meta-level as well; while Peter is white, Laura Jean and her sister are visibly East Asian.  Indeed, one of the first scenes in the movie highlights their Korean heritage.  Within this context, Peter’s claim he’s better looking than Jake Ryan can be read as a signal: To All the Boys I’ve Loved Before positions itself as a descendant of John Hughes’ films, complete with cute boy and romance, but without the “extremely racist” caricatures.  Characters who are Asian in this film are portrayed as three-dimensional people, rather than played only for laughs.

This summer has seen multiple films starring Asian American actors. In addition to the much-praised To All the Boys I’ve Loved Before (95% on Rotten Tomatoes), the film Crazy Rich Asians was still ruling the box-office as of Labor Day weekend. John Cho’s Searching also debuted to positive reviews and, with a limited release, still easily made the best per theater average for box office revenue.

These films’ commercial and critical successes have been rightly hailed as evidence that American films starring Asian American actors are worth making from a financial perspective.  As Jenny Han, the author of To All the Boys I’ve Loved Before, recently revealed in a New York Times article, only one production company was willing to cast an Asian actress as the main character, an anecdote that speaks to production companies’ fears of somehow alienating the imagined (white?) audience for the film.

It was a different imagined audience that made Jenny Han insist Laura Jean be played by an Asian actress.  What was at stake for her were less the financial implications than the cultural ones: “What would it have meant for me [as a teen] to see a girl who looked like me star in a movie? Not as the sidekick or romantic interest, but as the lead? […] Everything. There is power in seeing a face that looks like yours do something, be someone. There is power in moving from the sidelines to the center.”

For Ms. Han, in other words, representation matters. American culture has not had a great track record of representing Asians and Asian Americans in nuanced ways.  As I gestured to in an earlier article on immigration laws, early Chinese immigrants were portrayed as a brutal, threatening horde, registering late 1880s anxieties about Chinese immigrant labor.  Elaine Kim in her survey of Asian American literature broadens this stereotype into that of “the unassimilable alien.” That is, for a late 19th century and early 20th-century white writers, behavior was based on race, which meant that even “a Chinese who has been educated in the West can never be completely ‘civilized.’” For these depictions, the difference between Anglo-Americans and Chinese immigrants are unassailable. Even if someone grows up thinking that they are Chinese, as in In the Shadow of Lantern Street (1920) and Son of the Gods (1928), their Anglo heritage—displayed through “superior intelligence, perceptiveness, courage, and integrity”—is born out.  Here, then, not only is there a cultural/racial difference between Chinese immigrants and Anglo-Americans, but it’s a weighted difference; the Anglo-Americans are always and inherently superior.

But what about, you will ask, that most famous Chinese detective of the 1920s and ‘30s, Charlie Chan?  Chan’s creator, Earl Derr Biggers, explicitly created Chan to combat the “Yellow Peril” stereotypes described above: “Sinister and wicked Chinese are old stuff, but an amiable Chinese on the side of law and order has never been used.” Charlie Chan, in other words, is an early example of what’s termed the “model minority” stereotype.  Chan, to quote Elaine Kim again, “is a non-threatening, non-competitive, asexual ally of the white man, usually contrasted with a parade of Asians in secondary roles as cowardly servants and vicious gangsters.” Later in the 20th century, particularly after World War II, this “model minority” stereotype was employed to contrast Asian Americans with African American activists.  As more militant demands for social equality, led by African Americans, arose, Asian Americans were positioned as the minority who did it right: they buckled down, didn’t complain and, perhaps most importantly, didn’t challenge the way that the larger society was structured. A 1966 U.S News and World Report article, for instance, praised New York City’s Chinatown as a “haven of law and order,” where residents “stay out of trouble” and “overcome their handicaps quietly.”

As with any sort of stereotype—“good” or “bad”—what we see are unnuanced depictions. An argument that emerged at the 2002 Sundance Film Festival is a good example of what folks see as potential stakes for a film that centers on Asian American characters.  Justin Lin (future director of Fast and the Furious) directed the film Better Luck Tomorrow, which follows high-achieving Asian American students who, bored with their lives, descend into a life of crime.  At a panel after the screening, a man praises the filmmaking then asks, “Why, with the talent up there and yourself, make a film so empty and amoral for Asian Americans and for Americans?”  Why, in other words, didn’t Lin present a more positive depiction of Asian Americans in his film?

As Lin and his fellow panelists took a minute to respond to a question that doesn’t want a response (“why didn’t you make a different movie?”), Roger Ebert stood up from the audience, clearly fuming:

What I find very offensive and condescending about your statement is nobody would say to a bunch of white filmmakers, “How could you do this to your people?” This film has a right to be about these people and Asian American characters have the right to be whoever the hell they want to be.  They do not have to “represent” their people.

Kelly Marie Tran, one of Return of the Jedi’s stars, lays this bare in her recent NY Times op-ed, a piece of writing worth reading in its entirety. Asian and Asian American characters on the margins of popular culture are not enough for Tran: “the same society that taught some people they were heroes, saviors, inheritors of the Manifest Destiny ideal, taught me I existed only in the background of their stories, doing their nails, diagnosing their illnesses, supporting their love interests — and perhaps the most damaging — waiting for them to rescue me.”

Tran, then, agrees with author Jenny Han, whose words are better than mine at summing up the stakes of whose stories are told. Han writes: “when you see someone who looks like you, it reveals what is possible. It’s not just maybe I could be an actress. It’s maybe I could be an astronaut, a fighter, a president. A writer. This is why it matters who is visible. It matters a lot. And for the girls of 2018, I want more. I want the whole world.”