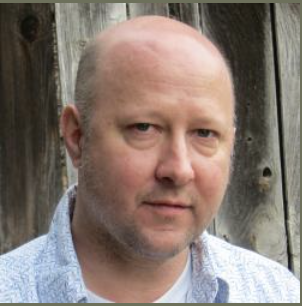 ‘Love it and leave’: The choices facing Wyoming’s youth 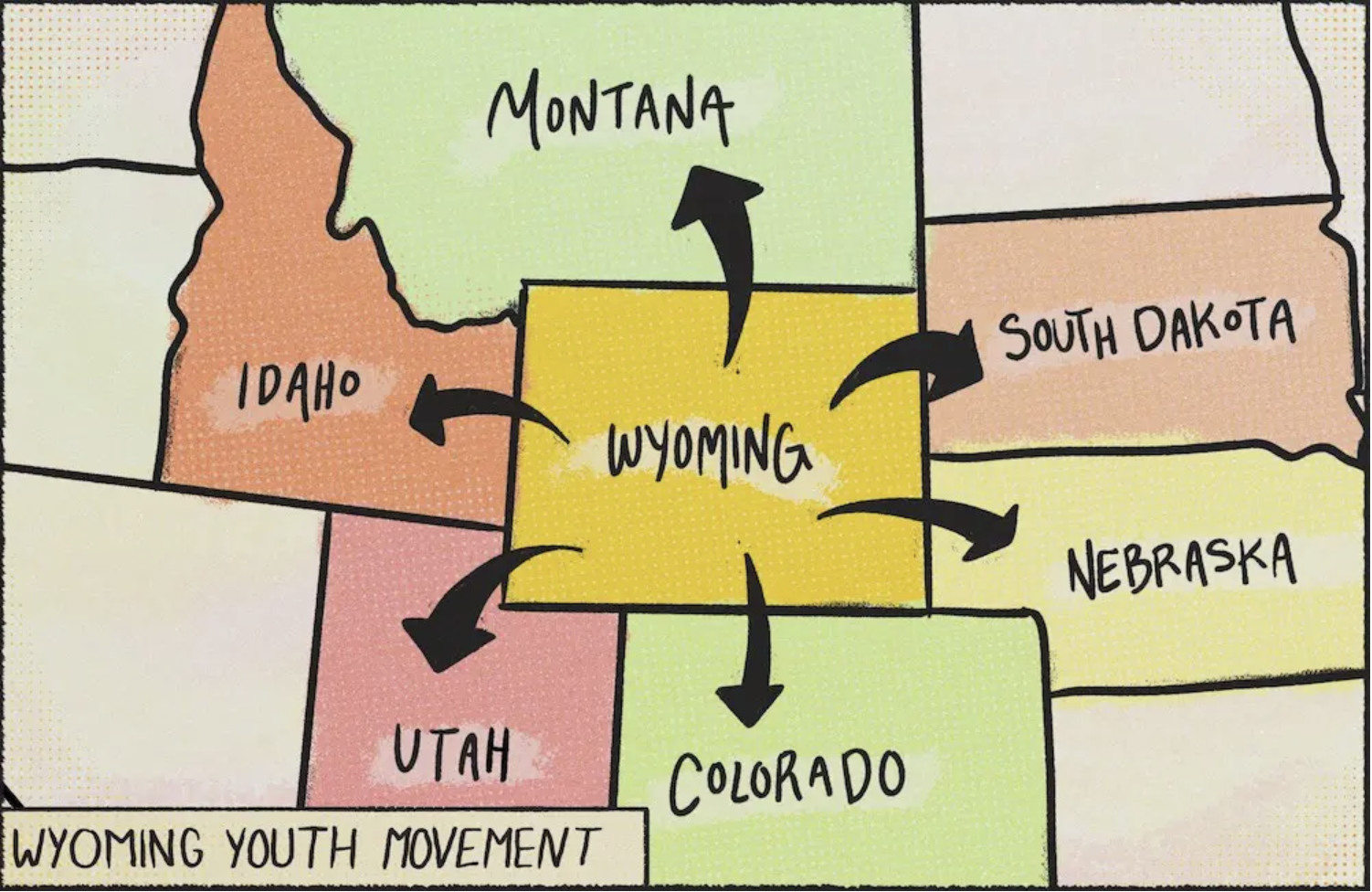 In the fall of 2017, then Hot Springs High School senior Stormy Cox wrote of her home state: “In my heart I would love to stay in Wyoming … The majority of my family lives in Wyoming. It’s hard to leave all of them behind and be on my own. If I could stay in Wyoming and still pursue my dreams I would.”

Her sentiments were collected as part of a project that I and Felicity Barringer, Writer In Residence at the Bill Lane Center for the American West, undertook. The goal was to understand young people’s attitudes about a future in their hometowns and in the state. We asked Cox and a couple dozen of her classmates where they envisioned themselves in five years and what it would take for them to stay or, if they do leave, to return to Wyoming.

Students’ answers revealed a genuine love for their community and the sprawling, sparsely populated landscape integral to life here. The students felt a particular appreciation for the familiarity and support of small-town life, including what they described as efforts among teachers and other adults to prepare them for the world beyond Thermopolis, Hot Springs County and Wyoming.

Those efforts to prepare young people for a life somewhere far away seemed to come in part from a sense of resignation, some students said.

In their communities, where aging populations held power and resisted change, they felt there was an unspoken expectation for kids to “love it and leave it.”

More than three years later, a check-in with Cox and other young adults across the state reveals that real-world experience has sharpened many’s beliefs about a future in Wyoming. Though many love their home state and would like to build a future here, they worry about a shrinking economy and a general resistance to change and inclusivity.

Cox, 20, now lives and studies art education in Bozeman, Montana, a 4.5-hour drive from her hometown. In 2017, she wanted to become a special effects makeup artist, a vocation she was certain required leaving Wyoming.

The years since high school graduation have solidified her belief that Wyoming career opportunities still seem limited to the “practical,” she said, like jobs in the volatile fossil fuel extraction industries, healthcare, schools and service sector.

“I love to go back to Thermopolis to visit,” Cox told WyoFile recently. “But I would never move back permanently. It’s not really a good place for young people; not enough opportunity to support a young lifestyle of trying out different careers and meeting new people.”

Wyoming youth at a crossroads

For some young people in Wyoming, it’s difficult to imagine making a future in the state beyond taking advantage of the Hathaway Scholarship (funded with the state’s vast mineral wealth) to attend the University of Wyoming or  one of the state’s seven community colleges. Economies and populations are growing quickly in surrounding states while Wyoming’s rates lag. The state is also saddled with a tax-and-revenue scheme that renders economic diversity a net-loss on its budget.

That doesn’t add up to a sense of opportunity that many young people seek upon high school graduation.

The total number of wage earners throughout Wyoming has trended downward since 2008. There were 43,798 fewer wage earners in the fall of 2020 (during the pandemic) compared to the fall of 2008 (an energy boom year), a 11.4% decline, according to data compiled by the Wyoming Department of Workforce Services.

The trend is worse for young wage earners in Wyoming; a 30.8% decline among those 24 and younger for the same period. That age group represented 18.4% of all working persons in 2008, and 14.4% in 2020. Wyoming’s millennial population shrunk by 5.1% from 2014 to 2018 — the third highest rate of decline in the nation, according to Workforce Services data

“If millennials continue to move to big metro areas, the state may face a serious labor force shortage and faster population aging in the near future,” Wenlin Liu, chief economist for Wyoming’s Economic Analysis Division, wrote in the August 2019 edition of Trends.

Learning from attempts to shape a future Wyoming

WyoFile reached out to six young people living in or from Wyoming (read their stories here), connecting to most through channels of community activism and civic participation. Several themes emerged, including a sense of duty to “get involved” to help make the type of changes necessary to shape a Wyoming where they can feel secure about staking their future.

Their efforts include advocating for clean energy and taking action to mitigate climate change. They’ve attended city council meetings, tracked state legislation and reached out to lawmakers asking for a higher minimum wage, equal pay for women and policies to diversify the state’s economy.

Sometimes, though, those very efforts result in a sense of hopelessness for the potential to budge Wyoming’s power dynamics and culture.

After high school graduation in 2020, Tanner Ewalt of Casper helped organize Black Lives Matter rallies in his hometown. Though he was inspired to see so many people turn out in support, other individuals intimidated protesters by brandishing guns at them, “because we dared to say, ‘hey, maybe police shouldn’t be brutalizing citizens,’” Ewalt said.

“I would love to live in Wyoming and get married and raise kids here,” Ewalt said. “But I can’t, unless the state goes through radical change, very quickly. I don’t foresee that happening.”

Emilee Thomas, 21, of Green River, advocates for women and Wyoming’s LGBTQ community. She contributes her time to environmental causes and champions pathways to more diverse and sustainable career opportunities that can help young Wyoming residents make a life for themselves in the state.

But pervasive attitudes against immigrants, particularly dismaying in a community with a rich multicultural history, Thomas said, speak to what feels like a growing resistance to change and equality. There’s also a general dismissiveness toward young people who advocate for any suggestion for change she believes is necessary to the survival of Wyoming, she said.

One source of discouragement that seems to lay bare the hostility toward change in Wyoming, Thomas said, has been the disregard for masking, and now vaccines, in the COVID-19 pandemic.

“People love to say they like to help each other and be neighborly,” Thomas said. “But they thought [masking and vaccination] impeded on their personal liberties. So, yeah, I think that’s the sweet and simple of it.”

Thomas isn’t abandoning hope for change or planning to leave the state, she said. There’s too much at stake, personally and for the family and friends she depends on for a fulfilling life. Instead, Thomas, like several other young people WyoFile spoke with, has decided to narrow her civic efforts in more direct ways in her community.

It’s enough, as a young person, to learn about your own values and ambitions, Thomas said, then a person can better build on that to help affect change on a more personal level.

Matt Henry is Scholar in Residence at the Haub School of Environment and Natural Resources at the University of Wyoming. He said it’s no surprise that students in his classes, which are rooted in environmental justice, tend to be concerned about climate change and the environment. Yet they still span the political spectrum and, like all young people, are still figuring out where they stand on a variety of issues.

When they discuss the state’s future and possibly making a future for themselves here, he said, some students are despondent.

“They’re really torn because they love Wyoming, and I sense a little bit of guilt,” Henry said. “They feel like they should stick around and try to make changes or help things improve. But on the other hand, they can feel hopelessness to such a degree that they feel like they can’t make an impact.”

Wyoming is relying on young people to help figure out a lot of really tough challenges, Henry said, yet there’s not a high level of outreach from those in power.

“It just seems like they don’t feel their voices are being heard or that anybody’s really asking them what they want, what type of future they want to be a part of,” Henry said.

Reporting was made possible through a grant from Wyoming Humanities, funded by the “Why it Matters: Civic and Electoral Participation” initiative, administered by the Federation of State Humanities Councils and funded by the Andrew W. Mellon Foundation.