Libraries are here to stay and more popular than ever! 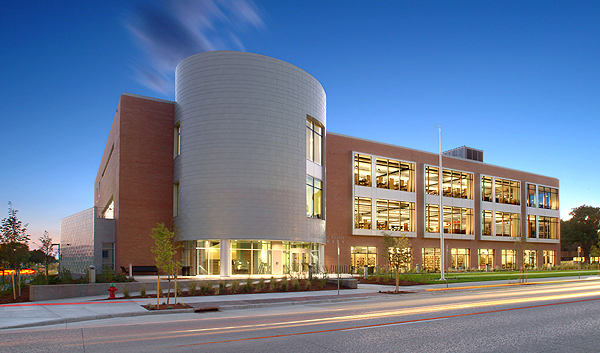 On October 22 Andre Walker, a correspondent for the New York Observer, declared the death of libraries: “Nobody goes to libraries anymore.  Close the public ones and put the books in schools.”  Doubling down, Walker continued: “I know this makes Librarians angry but shutting libraries and putting the books into schools would be an absolute good.”  “Librarians are like French teachers.  These jobs exist in order to pay the wages of sad people who can’t get proper work.”

Walker’s tweet was ratio-ed hard, garnering more than 3.6 thousand angry replies and only 333 “likes”—a clear indication on Twitter that whatever you’ve just written is…not popular.  People wrote back, praising their libraries for helping them get jobs, hosting public events, offering technology and technological training, providing safe and educational spaces for children, and, of course, for allowing folks to check out books for free.

This vehement defense of libraries may have been a surprise to Walker, but is entirely in keeping with the populist nature of public libraries in the United States.  While there were membership libraries which allowed members to borrow books for free early on, the first public lending library in the U.S. began in 1790, when Benjamin Franklin donated a collection of books (rather than a requested bell) to a Massachusetts town named in his honor.  After a disagreement about who would be able to access the books, the residents voted that the collection would be available for free to any inhabitant of the town, creating the first public lending library in the nation.

If Franklin helped to create the first American lending library, the steel magnate Andrew Carnegie was instrumental in establishing public libraries throughout the country.  Having grown up dirt-poor in Scotland, Carnegie had resolved that “if wealth ever came to me, that it should be used to establish free libraries.”  The Carnegie libraries began by Carnegie giving money to specific towns (often where he had business interests) to build a library; eventually, towns submitted applications and were required to provide a building site for the library as well as to contribute money for the maintenance of the building.  Ultimately, Carnegie gave away $60 million to create 1,689 public libraries across the nation.  Many of these buildings are striking examples of early 20th-century architecture, and even if the buildings are no longer used as libraries, there is a deep concern to preserve them for their cultural and architectural history.  The Alliance for Historic Wyoming, for instance, created with a Wyoming Humanities grant the travelling exhibit “Cowboy Carnegies,” which highlights Wyoming’s Carnegie Libraries.  Visit their page to see where the Wyoming Carnegie Libraries are located, and which ones are still in use today.

Around the same time Carnegie was funding public libraries, libraries began to make their books easily accessible to patrons, rather than hiding them behind closed doors. According to the Digital Public Library of America, under “the pioneering example of Denver Public Library director John Cotton Dana in the 1890s, libraries shifted their physical design from housing materials in spaces accessible to only librarians, to giving patrons direct access to collections. […] As a result of this transition, the role of the reference librarian changed from gatekeeper of materials to research supporter and facilitator.”

Libraries’ emphasis on public access and communities became even stronger in the 1950s.  During this time libraries began to include community programming as a core feature of their services, including summer reading programs and openly available gathering spaces for residents to make use of.  The 1950s also saw the American Library Association, the oldest association of its kind, advocate against censorship of reading material, something that, while more widespread in school libraries, was also present in public ones.  In its 1953 “Freedom to Read” statement, the ALA affirmed 7 propositions that emphasized the necessity for publishers and librarians to make “the widest diversity of views and expressions” available.  “We do not state these propositions in the comfortable belief that what people read is unimportant,” ends the statement.  “We believe rather that what people read is deeply important; that ideas can be dangerous; but that the suppression of ideas is fatal to a democratic society.  Freedom itself is a dangerous way of life, but it is ours.”

In their vehement commitment to the exchange of ideas, to the belief that “the ordinary individual, by exercising critical judgment, will select the good and reject the bad,” the ALA and public libraries are the vanguard of public humanities.  Their championing of public education, critical thinking and reading, and conversation between community members promotes the humanities within communities.  Indeed, the American Academy of Arts & Sciences’ project “Humanities Indicators” highlights the use of public libraries as a gauge of the strength of humanities in public life.   Wyoming’s public libraries use is especially heartening, ranking the highest possible in “Total Program Attendance,” “Child Program Attendance,” and “Young Adult Program Attendance” and outranking all but one of our surrounding states in “Library Visits.”

Despite Andre Walker’s belief that public libraries only house books that no one actually reads, what we see from both history and current data is that libraries are dynamic gathering places where community members actively engage with each other, with technology, and with ideas.

Walker, by the way, was swayed in his opinion, writing:

Dear (and I can’t believe I am saying this) all 110,000 people who replied to my tweet about libraries,

Your sheer numbers have proved the point that libraries aren’t as unpopular as I believed this morning!

One can only assume Walker’s local library will soon be issuing a library card.