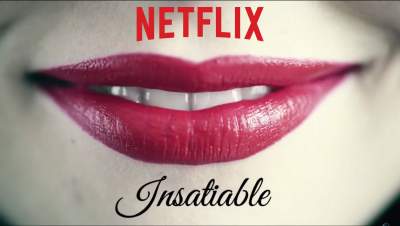 The concept of dieting has pervaded our society for millennia, but it is in relatively modern times that dieting has become grounded in morality. In an article published earlier this year, The Atlantic proposed the modern day diet had been around since 1918 when Dr. Lulu Hunt Peters published the wildly successful Diet and Health: With Key to the Calorie; a book which decried fatness as unpatriotic, declaring that it was ‘a crime’ to hoard food and immoral to store vast quantities of it in the form of excess weight. Maybe Peters did mark the beginning of the modern day diet thanks to the commercial success of her book, though 100 years previously similar messages were being touted by Rev. Sylvester Graham. He, like Peters, believed there was a strong link between diet, health and morality: by forgoing decadent or spicy dishes, and consuming only bland food (Graham invented the graham cracker), a person could control their temperamental disposition and sinful libidinousness. The premise of contemporary dieting is the same: if a person exercises discipline, they deserve to live a life free from shame. Our fad diets and weight loss schemes change all the time, but at the core, they posit that self-control is directly related to moral superiority.

We claim to live in a body-loving era, but diet culture is rife and Western society therefore largely ignores women’s continuing and pervasive feelings of bodily deficiency in our culture of appearances. It has become sadly common for women to find themselves lacking as they measure themselves against the idealized images of the thin, computer-generated femininity found in mainstream culture or the skinny celebrities touting appetite-suppressant lollipops. As Susan Bordo explains in her introduction to Twilight Zones, we have become accustomed to “a visual iconography of the perfected body” (Bordo, 3), and as a result, women today are concerned with the shape of their bodies as a primary expression of their individual identity.

The controversial Netflix show Insatiable preys on female insecurity in this vein. In the first seven minutes of the show we see Debby Ryan transform from fat-suit-wearing “Fatty Patty” to a slimmer, more societally acceptable version of herself. This is in addition to a storyline which involves wiring Patty’s jaw shut, ultimately preventing her shameful ice cream binges. The main problem that critics have with the show (other than its profound lack of imagination) is that it “gets body positivity completely wrong” and this is reflected in its paltry 11% approval rating on Rotten Tomatoes. While some people have hit back against the criticism, claiming that the show accurately reflects experiences of their former years, I would argue that Insatiable’s limited success mainly lies in its creators’ engagement with the concept of the female abject body, intentional or otherwise.

The “abject” body is a term coined by shame theorist Julia Kristeva who, in her book Powers of Horror, suggests  the female body is opposed to the “clean and proper” body, which in turn, produces visceral feelings of shame and disgust. While the abject body is not necessarily dirty, it refers to something which is not in its proper place – something which upsets order. While much of Kristeva’s work focuses on “defiling” fluids and waste products such as menstrual blood, faeces, and vomit, the fat body is certainly regarded as something that upsets order and therefore falls firmly under the category of the “abject”. As Susan Bordo explains in Unbearable Weight, thin and fat bodies both “embody resistance to cultural norms.” The anorexic follows, but attempts to outdo, cultural rules, but the obese are “perceived as not playing by the rules at all” (Bordo, 37).

In Insatiable, Patty strives for Kristeva’s “clean and proper” body, but this is something which no woman can achieve, fat or otherwise. In many ways, the show is an uncomfortable reflection of how our society operates. After she is punched in the face, has her jaw wired shut and experiences dramatic weight loss, Patty is preoccupied with staying within the carefully constructed boundaries for women. She appears to internalize the fat-shaming messages which pervade society and feels self-loathing and shame over the “degraded female body and its disgusting hungers,” which require “containment and control” (Bordo, 15). Patty desires to overcome abjection by bringing her body under control and within conventional beauty norms, exemplified when she enters a bikini contest that benefits an eating-disorder recovery clinic, but her efforts are futile. Liberated of her fleshy and grotesque “bad” body, she strives to achieve Kristeva’s “clean and proper” good body, but this is an idealized feminine image and as long as she menstruates, vomits, salivates (as the viewer assumes she does), her body – along with every other female body – will always be abject.

Returning to Kristeva’s notion of the abject as something which must be expelled, the modern American fat woman is represented not as a person but as something encasing a person. In contemporary diet culture, it is normal to see before and after photos of an individual’s weight-loss “journey” – photos which show the individual literally standing next to her abjected fat self and offering the viewer the possibility of societal forgiveness in addition to bearing the mark of self-discipline. Contemporary western culture requires that the ideal feminine body be small and take up as little space as possible, something which Helen Block Lewis terms the “implosion” of the self, and which reflects on a psychological level, the experience of fat-shamed individuals who would “like to disappear.” As Bob Armstrong (attorney lawyer and beauty pageant coach who takes Patty under his wing) articulates to Patty early on in the show, “skinny is magic.” The most depressing part of Insatiable isn’t that Patty’s thinness brings her happiness, it’s that taking up “less space” equates to feeling more powerful. “Ahhh yes, a fat girl could never stand up for herself while fat and of course she has to be assaulted and have her mouth wired shut before she becomes her best self, her skinny self,” Roxane Gay wrote on Twitter. Entering the claustrophobic world of Patty’s consciousness, we view others through her warped and contemptuous judgements. Her revenge on classmates who have bullied her is problematic because it sends the message that losing weight is the only way to feel strong enough to stand up against unkind people. Patty is only empowered once the results of her starvation gain her positive recognition – which, other than being an irresponsible premise for a television show aimed at teenagers – serves to reinforce the flawed belief that power can only be achieved by undergoing an “implosion of the self.” If diet culture makes women strive for the “clean and proper” body; a body not addled with a layer of fat, it therefore follows that the thin body equates to a clear essence of the self. If a fat body is viewed as something encasing the sharp lines of a true body, it follows that out-of-control and polluted flesh will obliterate a person’s identity. The newfound sense of influence Patty experiences post weight loss perpetuates the harmful stereotype that a fat person cannot have an authentic identity.

Insatiable reinforces the belief that a fat body is an abject body. It also reinforces the belief that a female body is an abject body. While these messages may not be palatable and while they have been interpreted as fat-shaming, they certainly reflect the impossible standards that western society imposes on women if they wish to have an acceptable body.