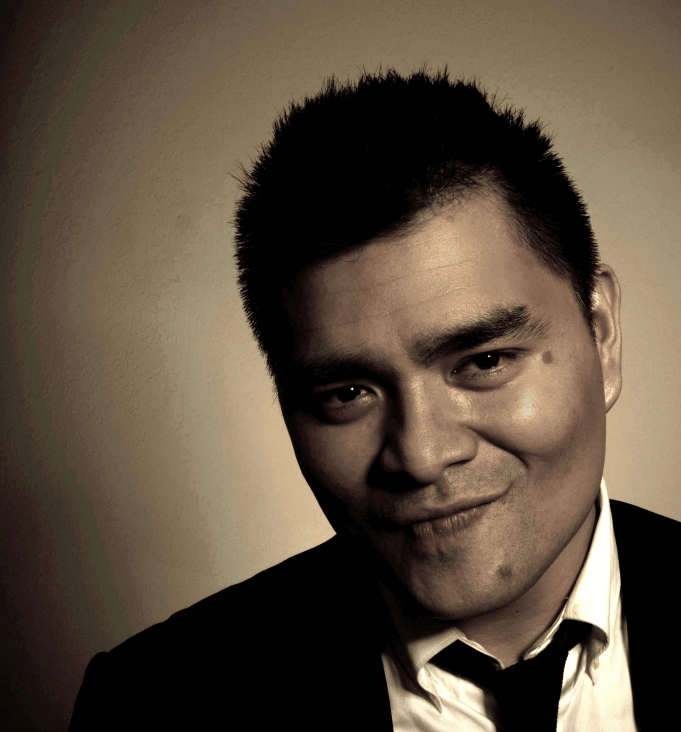 Word got back to us that a call had been made to local law enforcement inquiring if they planned on doing something about the fact that the most famous “illegal immigrant” in America was coming to Jackson, Wyoming. We knew that featuring a talk by Jose Antonio Vargas, a Pulitzer Prize-winning journalist and undocumented immigrant who founded Define American, in the Wyoming Humanities’ 500 Years of Latino History programming initiative in Jackson would be provocative, but we hadn’t expected that.

In the lead up to Vargas’ sold-out talk, Emy diGrappa, Regional Director for Wyoming Humanities, spoke to the local paper describing the importance of this topic to the whole community. “We should try to understand people who have life experiences that are so different from our own,” she said. “People have different challenges and struggles that we don’t understand.”

A Community at a Crossroads

Despite having one of the highest concentrations of Latinos in Wyoming—the Latino community is approaching one third of the Town of Jackson’s population—there still is much that we don’t fully understand about one another; native-born to immigrant, Latino to Anglo, first-generation to second-and third-generation.

Today, over a quarter of the Teton County School District enrollment and about half of incoming kindergartners are Latino children. The balance of our Latino community being overwhelmingly first generation (immigrated to the U.S. as adults) is also shifting. An estimated 30% of our Latino community is now 2nd generation (U.S. born children or arrived in the U.S. before adolescence, bilingual, with a small but growing number of these now young adults eligible to vote). This was the local backdrop of the 500 Years of Latino History programming series. Those of us who played roles small and large in developing this series, at the very heart of it, wanted to push the envelope in making the series ‘provoke’ ideas and conversations that surround being a community at a crossroads.

We juxtaposed Latino History in different ways that fit our local context:
•    Historic and contemporary Latino contributions to environmentalism in our own Grand Teton National Park during the Centennial Year of our national parks
•    Learning about historic Latino student movements in education and creating a setting for active cross cultural dialogues among audience participants about local education issues
•    Providing a forum for Latino middle school students to share a performance about their dreams and those of their families as part of a standing room only thinkWY Gathering on “Art and Activism.”

In all of these programs, we engaged peer-centered outreach to the Latino community through “community mobilizers,” and provided simultaneous translation through headsets borrowed from the school system to enable participation of all attendees, regardless of language. A local elected official who attended a program commented that it was the most integrated community offering she had ever participated in, and wanted to know, “How do we keep doing this?”

In the recent local election season in Jackson, we saw the question of how candidates intended to engage the Jackson Latino community posed again and again.  It was praised by Town and County officials as a huge step forward when the newly approved Housing Supply Plan was distributed in English and Spanish with the help of community partners, as the entire community continues to grapple mightily with the issue of affordable housing.  Post-election season, the attendance at an immigration information forum was overwhelming, with 250 people in attendance, about 70% Latino and 30% Anglo, as the community tries to understand the implications of President Trump’s policy ideas on an issue that deeply affects the economic and community life of Jackson.

In the beautifully nonlinear world of humanities, causation is often a tricky thing to map. Yet, looking back more than half a year after the series ended, I can’t help but wonder if these more recent local events, actions and question were inspired, perhaps even partially, by the 500 Years of Latino History humanities series.  Did the series begin to cultivate greater understanding by the design of including community members across sectors and language?  Did the series demonstrate that it is possible for discussions of timely humanities and civic issues to be culturally integrated, inclusive and participatory?    I believe the answers are yes.

In 2017, Wyoming Humanities will begin the process of developing its next Five-Year Strategic Plan. Our state’s backdrop of adverse economic times will make it challenging and interesting to look strategically towards our future. Journalist Sophie Gilbert in her June 2016 article for The Atlantic “Learning to be Human” succinctly noted that, “In difficult times, people inevitably turn to the humanities to understand adversity.”

With our state at an economic crossroads, can the humanities, in content and format, inspire dialogue that illuminates the aspirations and priorities of people in our state?  Is there a role for Wyoming Humanities to have a seat at the table as we face difficult choices for our state and our local communities?  In seeing what Wyoming Humanities has inspired in Jackson alone, now more than ever, I believe the answer to both questions is yes.