Humanities and the Importance of Critical Thinking 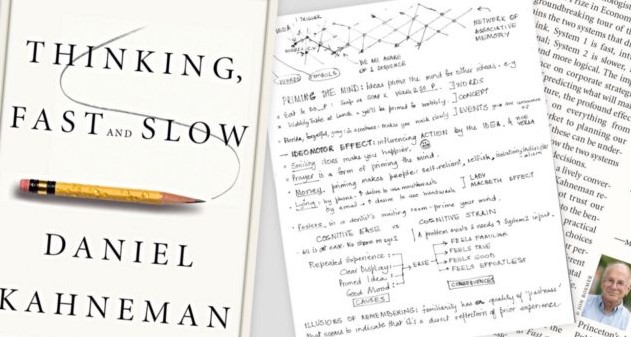 In the late 1970’s, two psychologists, Dr. Daniel Kahneman and Dr. Amos Tversky, set out to understand why “we” were failing ourselves in the rise (or fall) to Homo economicus – some semblance of a consistently rational, self-interested being capable of pursuing optimal decisions based on individual goals. It seems reasonable, right? Who doesn’t think of themselves as a more or less rational person able to make clear decisions? Or more accurately, who wants to openly admit to never really understanding why they make one decision over another going through life like a leaf in the wind?
But the reality of the situation is much more complicated. Kahneman and Tversky’s work would take decades to unravel. Kahneman received the Nobel Prize in Economic Science in 2002, six years after Tversky died, and nearly ten years later in 2011 Kahneman published Thinking, Fast and Slow, an almost 500-page manuscript explaining the complex nature of a very simple concept – critical thinking.

We’ve all heard the phrase “slow down and think about it” or some disambiguation thereof, but it’s not always this simple. Kahneman details our fast thinking process, System 1, and slower, more critical process, System 2, not as consistent adversaries but each serving a distinct purpose. Both have strengths and weaknesses: Our fast system relies on heuristics and bias (note that not all bias in inherently bad), while the other is slower, more compete, but needs more energy.
Kahneman received the Presidential Medal of Freedom in 2013, and though the plethora of news stories about the rise of the NY Times Best-Seller List in 2011-12 are available all over the internet, his rise to fame appears to have quieted. So why now, in 2018, do we bring it up?

For starters let’s look at the current investigation into Facebook and Cambridge Analytica. People are outraged – well, they were but they’re not (it’s hard to tell) – over the collection of data and use (some call manipulation or abuse) during the last election. But why? What Facebook did, and still does, is nothing new – we visited this topic earlier. We spoke about critically evaluating new stories as well with the all-important caveat that we’re probably the cause of fake news.

Everything you buy or use, more or less, comes with terms and conditions or user agreements but have you ever read one? In 2005, PC Pitstop included a line in their End-User License Agreement (EULA) which would award $1,000 to the first person to read the line and contact the company. That was it: read the contract you are “Agreeing” to, get paid $1,000. After thousands of downloads, it still took four months for anyone to claim the money. In the U.K., a Wi-Fi hotspot provider recently pulled a similar stunt but included wording that anyone using their service would be required to perform 1,000 hours of community service. The company never tried to enforce this clause, but users did agree unknowingly because there is a real problem with people not reading EULAs.
So, why does this problem exist? Who wants to read the EULA or terms and conditions on every webpage they visit? Who has time? Next month the General Data Protection Regulation in the E.U. goes into effect to simplify this situation – for the E.U. And this presents an interesting paradox for the U.S. We are disgusted with the use of our data and simultaneously with regulation and laws. The simple solution is more critical thinking. Rather than automatically hopping on the latest app or website to join our friends in some digital mash-up, we need to think about what we are sharing and ask, what does the company do with what I give it? Mark Zuckerberg’s answer to U.S. Sen. Orin Hatch that Facebook sells ads to make money was comical to some as it demonstrated Sen. Hatch’s complete lack of technological savvy, but Zuckerberg’s answer beguiled the truth as well. Facebook does not only “sell ads” to make money, they clearly collect and sell data. But let’s move away from the digital world; we can only beat a dead horse for so long.

This critical thinking skill, the engagement of System 2, forces us to reconsider new or other perspectives, historical events, and new information: the humanities. This manifests in myriad ways that surface daily on our nightly news. Just recently, Nike faced an upheaval of executives at the highest level who were challenged by the women in its employ . After years of a “boy’s club” mentality and a toxic culture, the #metoo movement caught not one or two but numerous male executives at Nike. How do situations like this evolve? Heuristics and bias, our fast-thinking System 1. Critical thinking does not arrive at the conclusion with evidence to support the idea that demeaning anyone is “OK.” “Because it’s always been this way,” “everyone else does it,” or “Joe gets away with it,” is heuristical decision-making at its best.

Two Black men recently settled a case against the city of Philadelphia and Starbucks after they were forcibly removed from the store while waiting for friend – a hueristical decision made with race as a bias (Racism). On the same day, two Native American men were briefly apprehended by Colorado State University Police on campus because a parent was “nervous”. Nervousness, or fear, the unknowing, is a key trigger for our Fast System 1 processes – it is our flight or fight response and initial reaction to any given situation.

We constantly talk about diversity, inclusion, acceptance, and equality, whether it is different cultural backgrounds, gender, race, religious beliefs, gender orientation, etc. but is this superficial? Could we be more critical of our biases and aware of the implications this has on racism to address the truth of situation? From Black Lives Matter to a Day Without Women, a Day Without Immigrants to #Neveragain, we see these protests and rallies come and go but Amy Alexander from NPR argues perhaps we are unwilling to engage in the “tough work required to address the hard, cold facts of gender and racial inequality” rather it is all too easy to rely on our immediate reactions and move on.

And how can we truly understand these problems if we are not willing to engage in the hard work of critical thinking? How can a middle-class suburban individual understand the plight a low-income urban family living in subsidized housing? How might a non-Native American person truly feel the pain and anguish of two centuries of demonization as the “savage?” How can a normal American male understand the gender norming and degradation of women in the workplace with ever having experience it? How can we in Wyoming, a relatively safe state all-around understand the fear of violence and missing essentials of life, like clean water in Flint, MI? We may not be able to experience this, but we empathize if we are willing to engage in the hard work of critical thinking about the situation and facts not readily presented in our 30-second news stories.

When we watch The Handmaid’s Tale on Hulu, do we see the parallels in our own political and cultural rhetoric about women’s rights, the environment, and civil disobedience or do we only focus on the totalitarian government in place and react with disgust? If we play games like Far Cry 5, do we understand the very real consequences and appeal of fundamentalist religions misrepresenting a larger body of beliefs or do we react only to the idea of Americans being portrayed as evil? When we enjoy the movie Black Panther do we consider the powerful implications discussed in Afro-Futurism and the opportunities this success brings to future African-American people, or do we only see yet another Marvel movie? Moving from our initial reactions to see the deeper implications is tough. Critical thinking can be mentally exhausting when all we want to do is tune in and veg out, but it can be much more rewarding.

We are not yet Homo economicus, we are emotional, fraught with complex decisions and a lack of information, and imperfect in our processes. But there is hope; we have the ability to overcome this if we choose to so. It is our choice to rely on our biases and reactions in decision making, but we elevate our thinking and the outcomes by engaging in critical thinking. Done with intent, this is the purpose of the humanities and our humanity: to reflect without bias (or with a clear understand and admission of it), critically on the matter at hand. To read, watch, engage, and converse in matters of our daily lives and move past our reactions to consideration of information which does not readily present itself.