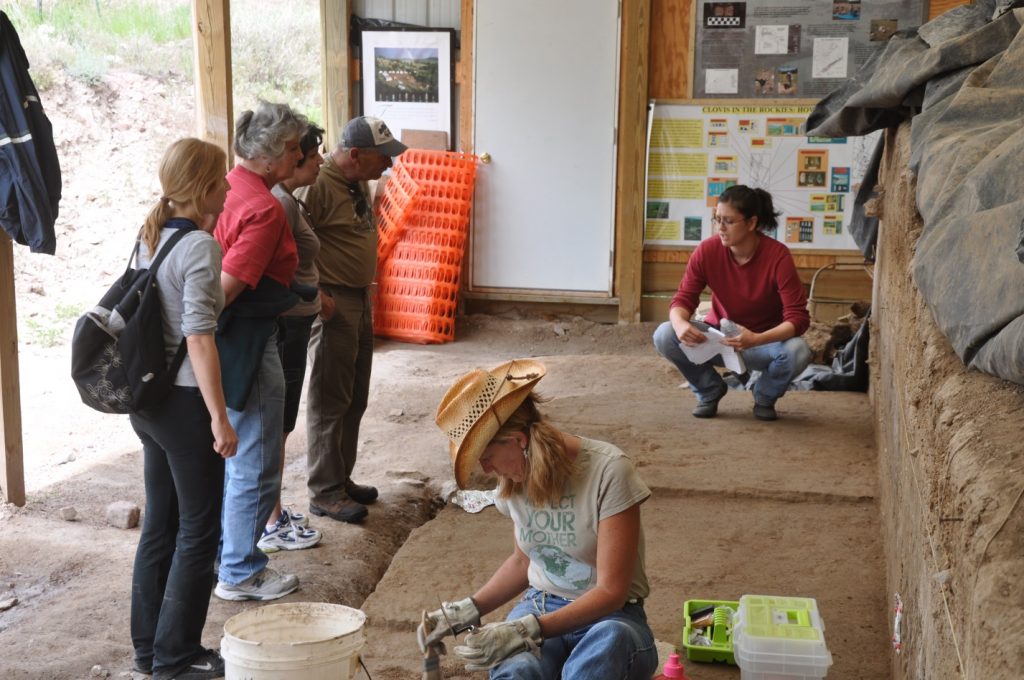 Wyoming is known for wide-open spaces, particularly its national parks like Yellowstone and national monuments such as Devil’s Tower. The history of our landscape is an indelible part of the story of our state. However, there is another national designation that is often less widely known: the National Historic Landmark designation.

A National Historic Landmark is a “nationally significant historic place designated by the Secretary of the Interior because (it) possesses exceptional value or quality in illustrating or interpreting the heritage of the United States.” These sites can be almost anything. As opposed to the national park which is almost always a natural preserve of sorts, the landmarks might be a building (like the state capitol building) or site, a geological formation or prehistoric site. While different sites are maintained by different authorities for different reasons, they each bring us closer to understanding what makes our state unique. As citizens of Wyoming, we should take pride in these places and look for ways preserve them and understand what makes them distinct.

The most recent designation in Wyoming is the Hell Gap Paleo-Indian site near Guernsey. Designated on December 23, 2016, and dedicated on July 22, 2017, the recognition of this site will help bring its unique story to a wider audience. The site lies in a rather remote area, and many of the only visitors to this site were University of Wyoming field school students and nearby residents. However, with the national designation, the future of the site may be opening.

The importance of Hell Gap cannot be overstated. It has provided archaeologists with the longest, most uninterrupted set of data about people from the Pleistocene to the Holocene, as well as being the site where three new types of projectile points were discovered from numerous other cultures. The site was a favorite area for many of the earliest people in Wyoming to hunt buffalo for thousands of years. Hell Gap has been continually excavated since its discovery in the 1950’s. These excavations were conducted originally by George Agogino of the University of Wyoming. However, in the past twenty years this site has become a teaching site for archaeologist from the University of Wyoming. There is much more to learn from the one-of-kind landmark.

With the recent designation, there are important future endeavors possible and underway at the Hell Gap site. The first is the advantage of future grant funds for research which will be able to fund the archeological excavation at the site. Second is the potential creation of a museum related to the site. There are two possible options here, a creation of an outdoor museum on site, or a nearby museum in the Guernsey area. Both museums would be great options for the site, but each comes with their pros and cons. The on-site museum would provide great hands-on experience with the site, but raises questions of accessibility for everyone because the site sits in such a remote location. It might also only be open during the field season in which archeologist are on-hand . The off-site museum, on the other hand, would provide a secure location that could be visited all year long but would seem less personal because you are away from the site. However, in the summer time, the off-site museum could offer tours of the site which seems to be a more viable option. Hell Gap has the potential to be an even bigger flagship of an archaeological site if the creation of this museum were to come to fruition. It would not only be a nationally recognized site, but it would provide an education model for future generations of both museum workers and archaeologists.

For Hell Gap, the National Historic Landmark designation is about more than protecting what we do know about the site. It is about learning and discovering just how valuable it might be to our U.S. heritage, also, the crux of the designation. Only around 2,500 places have this designation, and 75 exist in Wyoming. Each of them tells a story of the history of Wyoming: how it came to be and the people who have a made a life here throughout history. So get out, travel, and explore the lesser known “national” areas. Take a closer look at our state and see what makes it so important to the story of our country.

Alex Hampton is a Wyoming native and recent graduate of the University of Wyoming with a degree in anthropology and museum studies. His interest in Hell Gap began during his undergraduate work when he attended the summer field studies program. His studies on Hell Gap became a foundation from which to pursue further opportunities including his master’s in museum studies at Baylor University in Texas this fall. If you would like to be considered or would like more information on contributing, please email us at Ask@thinkwy.org