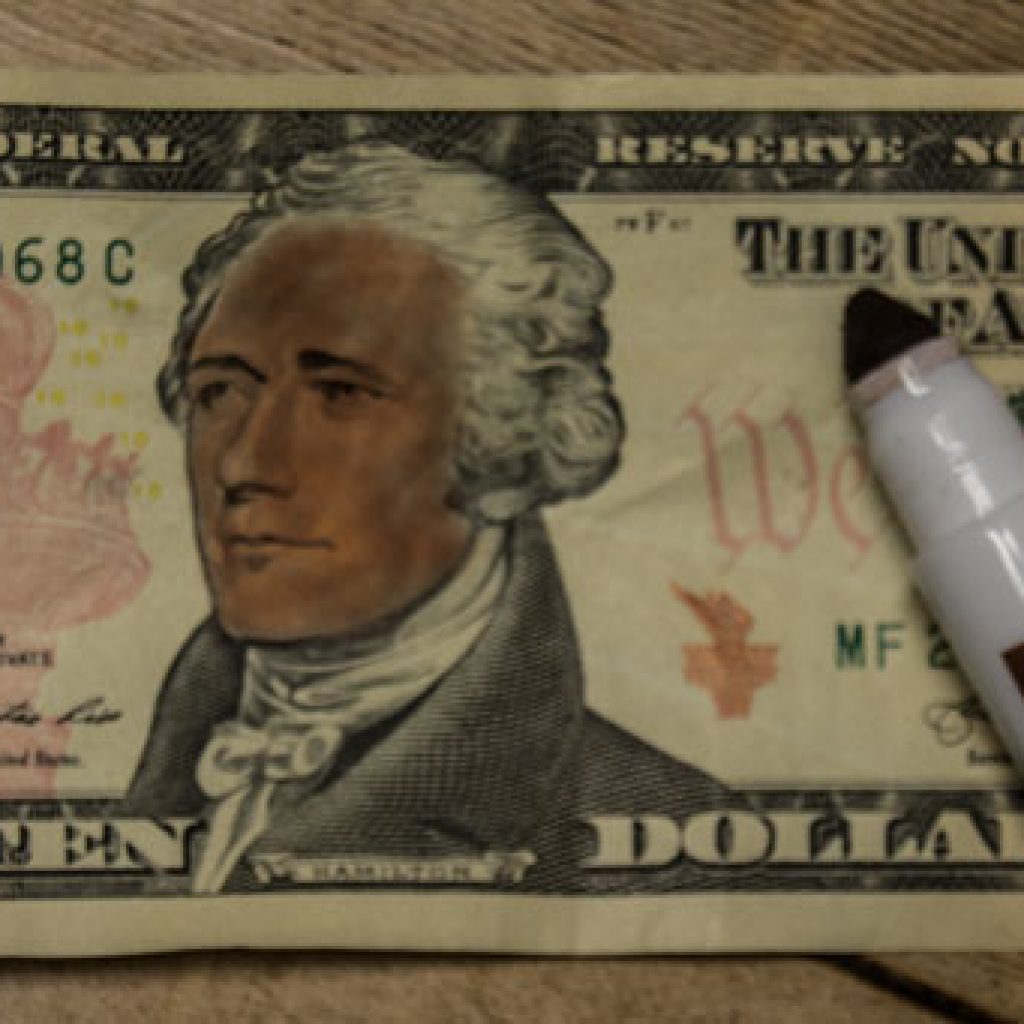 How does a bastard, orphan, son of a whore
And a Scotsman, dropped in the middle of a forgotten spot in the Caribbean by providence impoverished,
In squalor, grow up to be a hero and a scholar?

The ten-dollar founding father without a father
Got a lot farther by working a lot harder
By being a lot smarter By being a self-starter
By fourteen, they placed him in charge of a trading charter.

‍
So begins the life story of one of our lesser known founding fathers, filtered through the musical genre of hip-hop. I learned more about Alexander Hamilton in those first eight lines than all my years in school. Hamilton re-envisions the classic “immigrant tale” of a man who “bootstraps” himself up from the gutter, achieving notoriety for his work ethic and thinking skills before suffering a series of downfalls—becoming famous for all the wrong reasons: a public affair and for losing his life in a pistol duel with former friend, colleague, and political rival Aaron Burr. Writer, producer, and star Lin-Manuel Miranda claims the story of our first Secretary of the Treasury is the most gangster/hip-hop tale in our nation’s history. Think about that the next time you see a $10 bill. Look at the be-wigged man before you and say, Straight Gangster in modern, pop-culture parlance.
‍

Recently, the cast of Broadway’s Hamilton addressed Vice President-elect Mike Pence after a show in New York. There was a brief dustup in the media as analysts and the general public debated whether this was an appropriate demonstration of free speech or an abuse of a public person’s private space as he tried to enjoy a night out. Until that moment I had no idea the play existed. After reading a scathing piece trying to dismantle the current cultural “importance” of the play in Current Affairs magazine, I became curious. The article criticizes Hamilton for leaving out America’s darker past—particularly racism and women’s issues—for the expressed purpose of turning the lesser known founding fathers of our nation into likable characters that are relatable to minority youth. Current Affairs also slams the play for being hokey and cherry-picked certain songs to diminish the play’s lyrical value. When they chose only two of the 36 songs on the soundtrack to critique, it piqued my interest.
They blasted Miranda as being racist for casting all the lead roles with people of color.  However, Miranda, who is Hispanic, made this casting decision as a response to a lack of diversity and opportunities for people of color in the world of professional theater, and he felt the life story of Alexander Hamilton would resonate firmly with urban youth. These are his two stated reasons for casting the play in this manner, and in the world of theater authorial intent is everything. Performance groups legally cannot change anything about a play without authorial consent.

‍
By placing people of color in the lead roles of historically white characters, he has removed a basic barrier for minority youth to empathize with our founding fathers. And in doing so, he has opened up an avenue for potential new role models, whether those role models are the young, hearts-afire, revolutionary figures who founded our country or the professional actors of color who might influence youth down a similar professional path. Before you can set a goal to achieve, you must first be able to see the path towards success. People who react negatively, or call the casting choice inherently racist might want to think about the psychological study “Doll Test” performed in the 1940s where black children rejected black baby dolls in favor of white ones. It asks an important question about how minority youth engage with their racial identities in a world where inner city crime gets reported on the local evening news in rural Kansas due to the number one law in the world of journalism: “if it bleeds it leads.”

‍
Aristotle said great drama was meant to “instruct and delight,” and by his measure Hamilton definitely succeeds. I’ve never been a huge fan of hip-hop, but this is hip-hop with the full canon of musical theater behind it. Since listening to the soundtrack and reading about the play and the man himself, I’ve learned more about Alexander Hamilton’s character and influence than I would ever have thought to ask. It’s led to readings about his economic policy, and how he actually wanted a king rather than an elected president. The play shows us a Hamilton who has all the raw talent but none of the panache or avenues of influence to attain the one thing he wanted—a voice in the world. As one of the central songs in the play points out, he felt he only had one shot to elevate beyond his social station, and that was to use his wits and work ethic. Fueled by a massive intellect and even larger inferiority complex due to his humble beginnings, as a young man Hamilton was often brash and rarely held his tongue—a thing that would eventually lead to his death. If he ever saw a chance to be heard, he took it.

Determining artistic value is often measured by the number of people talking about the work and the quantity of criticism it receives. By this measure, Hamilton also succeeds. The play has prompted discussions in national media about the way minority youth view their relationship to the foundation of our country, about the backwards ideologies and policies held by some our most influential founding fathers, how for years white America has also “white-washed” the story of these men, and about the lack of representation in pop culture for lead roles featuring minority actors. Miranda achieved almost everything he could have wanted out of this play if you believe art should carry forward conversations.

‍
Except… his play hasn’t yet found its way to his intended primary audience, minority youth. Its massive success on Broadway has led to a wait list for tickets, which sell in the $1,200 price range. The troupe has taken truncated versions of the show to school systems in New York City, but so far minority youth nationwide have very little access. Critics say the sensation is simply the newest media darling of a liberal, white elite, and that the ticket price is another display of hypocrisy.  But, the play is young and soon enough will find its way to touring shows, DVDs, and all the accoutrement of proven stage classics like Les Miserables. High school performances and halftime marching band shows are just around the bend. But that’s life across the board in a capitalist country, especially one that favors supply-side economics where everything from technology to culture follows the trickle down method to consumers.  Just as supply and demand once kept positive lead black characters out of movies, TV shows, and advertisements for much of the 20th century.  They weren’t “valued” as a market. They didn’t have enough disposable income—simply weren’t “worth” enough.

‍
As for Mike Pence’s reaction to being spoken to by the cast, he should be applauded. His statement on the matter was an encouraging one. He might be one of the few current “ruling elite” to understand that if any person appreciated someone taking their one shot to make their voice heard to the leaders of an ever-changing world, that man would be Alexander Hamilton.  But then again, he had just seen and enjoyed the show, so it was fresh on his mind.

‍
Until you can see the whole show, I encourage you to listen to the Hamilton Spotify playlist free online. A good start is the lead song “Alexander Hamilton,” performed by the actor who plays Aaron Burr. Don’t just read the controversy and click-bait headlines, experience the art and let it speak for itself.
You can also view a documentary on the project if you are a member of Wyoming PBS through their Passport system.

‍
The concept of identity has been elevated in our consciousness after the presidential campaign and the election showed a growing discord and divide between racial, religious, and socioeconomic groups.  The catchphrase “identity politics” suddenly became important as a discussion point after the Democrats lost an election everyone assumed was “in the bag.” Loaded words like “elites” and “white working class” and “left coast” became part of our lexicon and many experts believe identity politics shaped the result of this election and are leaving us with a legacy of divisiveness and fear of the other.

‍
In the next few months, Wyoming Humanities will be exploring what identity means to Wyomingites and our nation as a whole.  In partnership with the Wyoming Institute for Humanities Research (WIHR) we will host events featuring writer Samuel Western whose book Pushed off the Mountain, Sold Down the River questioned the reality of Wyoming’s image as the “Cowboy State.” Likewise our new Insight programs—7 minute mixed-media presentations in partnership with the University of Wyoming MFA program—will focus on Identity through special themes at each event, beginning with “Legends” and how they affect the ways we view the world, in Cheyenne on January 21 at 7 p.m. at the Atlas Theatre, and one on “Identity” in conjunction with the Casper College Humanities Festival on February 25, 2017, 7 p.m., at the Lyric Theatre in downtown Casper.