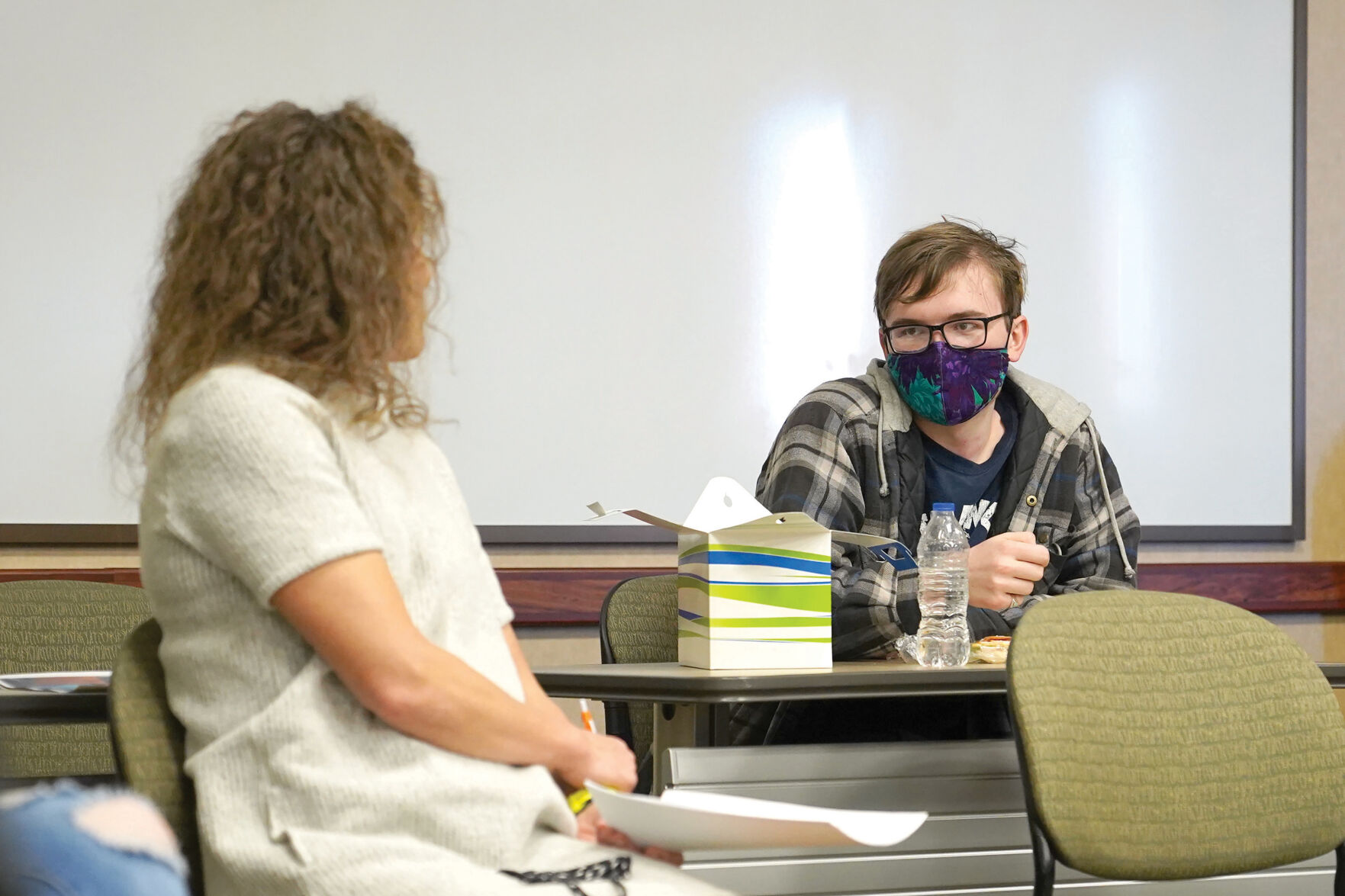 This article is the second in a series of three articles on the Center for a Vital Community, how it affects the community and attempts to replicate its success. Reporting is made possible through a grant from Wyoming Humanities funded by the “Why it Matters: Civic and Electoral Participation” initiative, administered by the Federation of State Humanities Councils and funded by Andrew W. Mellon Foundation.

Sheridan Press Publisher Kristen Czaban is president of the CVC’s advisory board.

SHERIDAN — As Sheridan nears a tipping point — one in which a critical mass of residents have leadership training, nonprofit leaders have the skills necessary to achieve success and youth mature into leadership positions — other communities have tried to replicate one of the programs behind fostering that growth — the Center for a Vital Community.

To date, though, no other communities in Wyoming have effectively started organizations with similar missions.

This fact has caused some to wonder what makes Sheridan special in its ability to support the CVC.

As founding board member Anne Nickerson said, having both the “doers” and the funding plays a key role.

Without a foundation like the Homer A. and Mildred S. Scott Foundation willing to take a risk on a concept as abstract as the CVC and a partnership with Sheridan College, the organization likely wouldn’t have gotten its start.

The CVC’s executive director, Amy Albrecht, and its only other staff member, Julie Greer, are both employees of the college. But, the duo raise money for their own salaries alongside funds for the organization’s programs. The CVC’s annual budget is typically $165,000, but in years it hosts the CiViC Leadership Project, Albrecht and Greer must raise an additional $110,000.

But, Sheridan is not the only community in Wyoming with generous philanthropists.

“It’s about building bridges in the community — whether it’s in between individual nonprofit directors or two individuals who sit down in a Community Conversation or in a study circle group together or if it’s just between organizations,” Greer said. “But that’s what makes it so unique. In other communities, nothing like it is that bridge-builder.”

Scott Henkel, associate professor of English and African American and Diaspora Studies at the University of Wyoming; director of UW’s Wyoming Institute for Humanities Research; and Wyoming Humanities Board Ex Officio; hopes to one day bring the CVC concept to Laramie, as does Cody Mayor Matt Hall and a group in Gillette.

While Albrecht has worked with each of these groups, the capacity to spearhead starting up a similar organization in another community extends beyond the finances and time availability of the two-person staff in Sheridan County. Likewise, the right combination of financial backing and motivated citizen has yet to emerge from these three communities.

“I couldn’t really find anyone that I could get to champion the whole idea and putting some real substance together to get it going over here,” Hall said. “I had a lot of interest...but it couldn’t really get a lot of traction from those people to take it on.”

In addition, nonprofits often compete for funding in a community, Hall said, which is something Albrecht said doesn’t exist as much in Sheridan. That lack of competitiveness among nonprofits in Sheridan aid in the success of CVC’s model.

“It broke down all of that scarcity mentality — this is mine, this is my donor, this is my money, these are my programs, we can’t talk to you about it,” Albrecht said. “It went from, ‘Oh, they’re with that nonprofit,’ to ‘Oh, well that’s just Susan Carr, I’ll just give her a jingle,’ because they’re friends and colleagues.

“That has made a huge difference,” Albrecht said.

Gillette, despite efforts to rally around energy to establish a CVC in the community, couldn’t gather funding needed to support the initiative.

“I think it’s a combination of things,” Albrecht said while reflecting why it hasn’t worked elsewhere. “On the one hand, you have people who really get it, they see the value in it and they try to get other people on board with it.

Albrecht said what people don’t generally like is another standalone nonprofit with which to share funding. Having an established foundation to contribute funding helps.

COVID-19 temporarily halted efforts to resurrect a CVC in Laramie, but until then Henkel said he believes in the mission of the CVC and its potential implementation outside of Sheridan County.

“All of that doesn’t come by accident,” Henkel said of the CVC’s success in Sheridan. “All of that comes by design and it’s a result of all the work, like Amy, put into it.”

Henkel said he would love to implement the CVC’s first sister organization in Laramie and build the skill of community-wide leadership and civil conversations.

“There really is a design and work behind having good conversations,” Henkel said. “Some public fora, they assume that a free-for-all is the best way to approach things, and granted sometimes that may be the case. But when a community conversation is designed and structured carefully in order to foster quality information, it really is a delight to see.”

Ashleigh Snoozy joined The Sheridan Press in October 2016 as a reporter before moving into the managing editor position in November 2018. She is a native of Colorado and graduated from Biola University in Los Angeles.