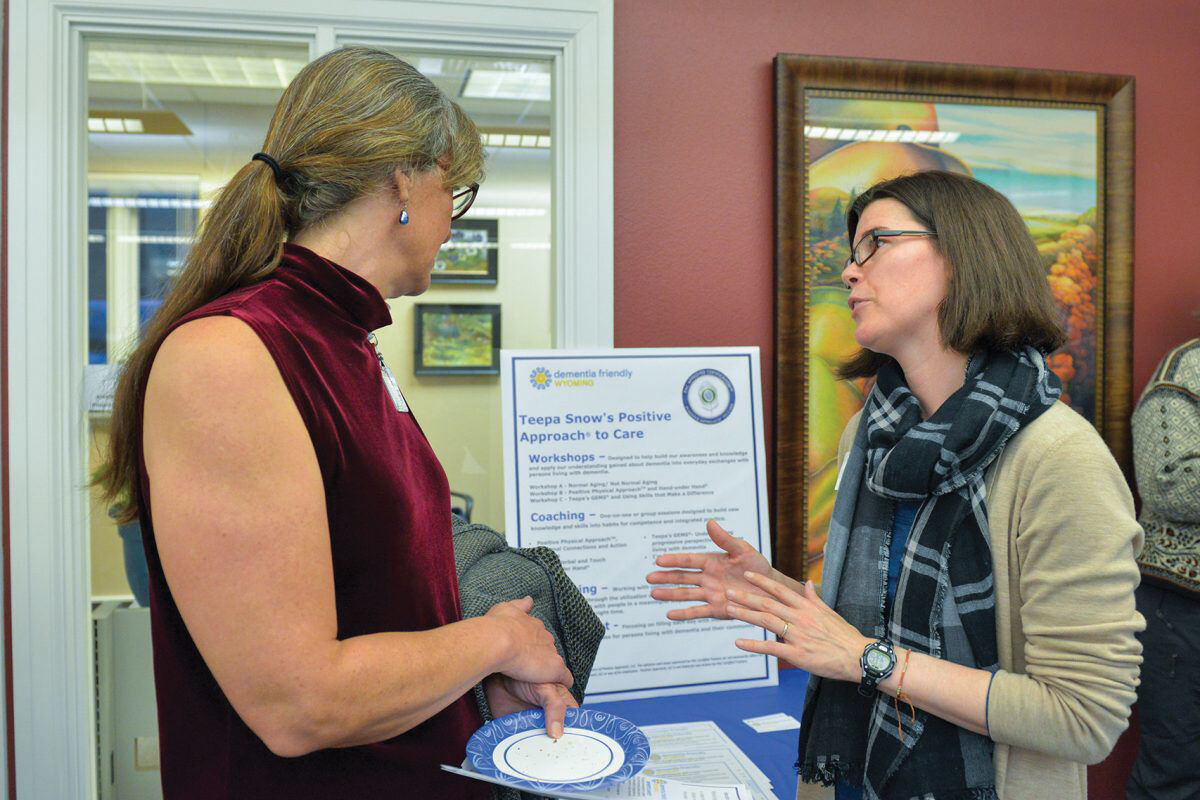 This article is the third in a series of three articles on the Center for a Vital Community, how it affects the community and attempts to replicate its success. Reporting is made possible through a grant from Wyoming Humanities funded by the “Why it Matters: Civic and Electoral Participation” initiative, administered by the Federation of State Humanities Councils and funded by Andrew W. Mellon Foundation.

Sheridan Press Publisher Kristen Czaban is president of the CVC’s advisory board.

SHERIDAN — Study circles — a program of the Center for a Vital Community — has produced lasting change in Sheridan County in a variety of sectors.

Study circles run for five consecutive weeks and function similarly to community conversations in that all people carry equal importance in a conversation regardless of a title they hold. CVC staff structure study circles to allow all voices to come to the table equally — from someone who has never felt they had a voice to someone holding public office.

“It doesn’t matter if the mayor or county commissioner or a legislator is in your group and the president of a big company,” CVC Executive Director Amy Albrecht said. “What you have to say is just as important and will be just as listened to and encouraged and brought out.”

Albrecht said study circles are conversations around a subject that you see as a need in the community and an opportunity for stakeholders to gather and “work on it” to come up with community-based solutions to that broad topic.

“It has to have a broad appeal,” Albrecht said. “If you make it too specific, then you don’t get enough people to come.”

The first study circle was held between 2008 and 2009 and encompassed “Our Children, Our Future,” focusing on education and youth in the community. The second, held in 2012 and 2013 looked at poverty, “Thrive vs. Survive,” in which several initiatives still function today and derived from the study circle. The most recent study circle, held in 2014 and 2015, focused on creating a dementia-friendly community, which translated to the successful launch of Dementia Friendly Wyoming.

Many initiatives supplement work completed by governments and are often funded by non-governmental entities, thus filling the need that governments may be unable to in the current financial crisis at the state level.

The work of a study circle begins months before it reaches community members, with CVC staff conducting outreach, including conversations and presentations in different formats to community members describing why the topic was chosen and why it proves to be an issue in Sheridan County.

The format of study circles was derived and adapted from Everyday Democracy, a nonprofit supported by the Paul J. Aicher Foundation, aimed at bringing diverse groups of people together, helping them structure and facilitate community dialogue on pressing issues and training them to use a racial equity lens to understand longstanding problems and possible solutions. CVC staff over the years has adapted that model to fit a broad range of community conversations.

Then, CVC staff trains community members to effectively facilitate conversations through the Everday Democracy model in small cohorts that meet with each other each week. Cohorts are determined simply by who shows up at what time slot allotted throughout the week. CVC offers around five options to participate, all at different times on different days throughout the week. While participants may switch groups, some remain in the same day and time slot throughout the duration of the five weeks. Participants are asked to come willing to simply share their experiences and expertise with a willingness to collaborate and listen to others’ voices as well as share their own perspective.

Groups work through a book to help participants share their experiences. At the end of five weeks, groups conclude with potential action items to implement in the community.

Facilitators meet with CVC staff to share and compile all action items from each group to present in a sixth and final week culminating in an action forum. Citizens, whether they participated in the five-week study circles or not, may come to the action forum, where ideas from the groups are presented as possible community projects, further allowing cooperation among community members. Participants present each idea in front of attendees, tables are set up and those interested may sign up for a community meeting regarding the action item, chaired by a participant or facilitator. The CVC then assists, but does not “own” the project any longer and leaves it up to motivated community members to initiate.

“The CVC isn’t going to own many, if any, of them, but we will at least incubate or help them get off the ground, if that’s where they need to go,” Albrecht said. “Some stuff just doesn’t happen. It tries, it tries, and then it just dies. But that wasn’t meant to be.

“The reason why these go so well and they actually happen is because you have all these people who said, ‘This is a thing that I believe in, I’ve worked through this process, so it’s not like the government said this is how it’s going to be, it’s not like this organization is saying this is how it’s going to be. I’m the one that helped come up with this idea. I have buy-in and ownership of this and I want to see this happen. I think this could happen,” Albrect continued. “I think that’s why things happen out of it, because you were part of the solution.”

This year’s topic will focus on mental health and comes at a time when most recent data bumps Wyoming to the top of suicide losses in the U.S. in 2019.

“The denial is spectacular, which is all part of the mental health quandary in the state, as well,” Albrecht said. “Between the stigma of ‘I can’t let anyone know I went to counseling,’ or that I’m taking antidepressants or that I might have anxiety or that I just don’t want to get out of bed in the morning and no I can’t pull up my boot straps, actually, and put on a happy face.”

As a prelude to the conversations, the CVC will host another community conversation April 13 and 14. Study circles will begin the last week of September and run through the entire month of October. The action forum will be held the second week in November.

Organizers are hopeful to match or exceed the last study circle participant number of 140 by at least 10 people. Regardless of actionable items, CVC staff just want to see improvement in mental health awareness in the community.

“If you could just blow some of that stigma out of the water, and we got no initiatives out of it: Win,” Albrecht said.

Ashleigh Snoozy joined The Sheridan Press in October 2016 as a reporter before moving into the managing editor position in November 2018. She is a native of Colorado and graduated from Biola University in Los Angeles.