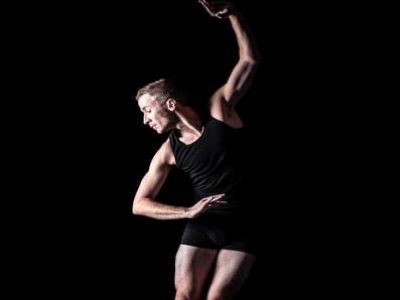 You can attend the Casper College Humanities Festival Feb. 20 – 22. Click here for the full schedule.

What’s the history of the Casper Humanities Festival?

Innella Maiers: It started over 30 years ago. The key person spearheading the effort was a woman named Margaret Demorest. And Margaret Demorest taught English here at Casper College. Her personal research was in the area of Shakespearean literature and I believe one of the early festivals was intended to bring together a group of Shakespearean scholars for conversation and discussion. And over time the topics grew really broad and we were trying to incorporate all of the disciplines found in the humanities. And so this event naturally partnered with Wyoming Humanities and we were finding ourselves immersed in topics as diverse as “Sin,” from a few years back, to “Pilgrimage” to “Greco-Roman Pastimes and Pleasures.” We even had a “Renaissance Revisited” Humanities Festival. And today our keynote speaker is part of the Demorest lecture, so we honor this early pioneer in hosting a broad discussion through that particular keynote.

The themes, as you said, allows a lot of different disciplines to come in and consider a particular subject. Can you talk about how you all landed on “Around the World” for a theme this year and what types of questions or issues you think attendees will be asked to think about?

Innella Maiers: So the theme each year has come from the Department of Theatre and Dance at Casper College. Because we want this event not to be isolated from our student curriculum. We don’t want to discount the fact that we have all these engaged learners enrolled in classes at Casper College, and a great portion of the event is held at Casper College and thus we can explore the topic throughout the academic year. We have a wonderful partnership with other areas to also focus on this theme or even look at their class conceptually to consider this theme in, say, literature.

We probe our understanding of the world and negotiate our understanding of the larger world. Everyday I listen to the news and hear stories—especially in the political realm right now—that are speaking to the United States and how we are situated with others around the world. And so to understand more about various cultures, where people are coming from, and just connecting ourselves globally to a larger world, I believe is exciting and will generate a lot of great conversation.

One of the things I appreciate about this Festival is that in addition to all these amazing talks like Demorest lecture, there are other types of programming that touch on the theme. So I’m thinking about the Living Library, where you get a really brief interaction with someone with an expert on a particular topic. And it seems like what Aaron is doing is thinking about this topic in different ways than a traditional lecture.

Innella Maiers: Music is also part of the Humanities Festival; an art gallery exhibition is also part of the festival this year. We are really looking broadly at how we communicate through so many different media. And engaging our attendees in different ways, appealing to that sense of hearing, or watching our dance students perform with Aaron are particularly engaging sessions, along with the traditional format. […] Our keynote will share her own photographs from her global travels when she talks about the Seven Wonders of the Modern World.

Aaron, if you could tell us a little bit of what your program is.

Wood: Yes. So I had performed with the Reparatory Dance Theatre out of Salt Lake City, Utah for seven years and in that time the company was selected to become the repository for the Michio Ito work and his legacy. After I retired from RDT I stayed in contact with the Ito Foundation and with Michelle Ito, who is Michio Ito’s granddaughter, and asked her if she would give me permission to teach the technique, to continue to teach his legacy because the thing that’s very wealthy about his legacy is that he is a connector of human experience. He didn’t believe that he was Japanese, he didn’t believe he was American, he believed that he was a human. And his technique really serves that purpose of uniting the East and the West. So the Ito Foundation has given me permission to continue to teach the technique and also to create an original work, in which I’ve recruited our Casper College dance majors to participate in. So we’re in the process of creating a work based around this 10 gesture series and exploring what that humanity means within dance.

When you say technique, it’s a particular type of movement?

So we have our feminine phrase and our masculine phrase and these gestures live within the arms, within the hands, within the elbows. There’s a breathing cycle that goes along with it. It’s a very meditative experience. There’s a stylized walking that’s also incorporated into it. And that’s the actual technique itself. But then the really cool thing that Ito did was that he took those gestures—there’s a total of 20 gestures—and he abstracted them in a way that he then created over 300 dance works. And so that’s what our current mission and adventure is with our work for this festival.

Innella Maiers: I think another exciting aspect of this event is that we not only have scholars like Caroline McCracken-Flesher from Laramie coming up, but we also have student performances—the opportunity to dance in the premier. We have student actors who are going to part of the theatrical production and we have that affiliated book club where the student actors will also be acting out scenes from the short stories the play was based upon at our Natrona County Library. So, working with community partners not only bringing in scholars who are very well known, but also thinking about our students as scholars and promoting their exploration of culture.

One of the things that’s really cool about this Festival is the partnerships both within and outside the college.

Innella Maiers: Yes, we’ve partnered with quite a few of our community institutions over the course of this event. In previous years, we’ve partnered with the Nicolaysen Art Museum and had a mini-symposium on feminist art practice. We’ve also partnered with the Veterans Museum to think about our local and regional history as it’s connected to the Air Base in Casper, during WWII. We also have partnered with Fort Caspar, the National Historic Trails Interpretive Center, and really tried to reach out to partners that have a broad audience as well. And institutions such as Fort Caspar are also hosting many school groups—4th graders especially go to the Fort to learn about our County history. So if they are able to partake in some of these conversations, I think we’re really cultivating an educated populace in Wyoming.

Are there things that I didn’t ask about that you think people should know about the festival?

Innella Maiers: I’d really like to promote the book club and the fact that complementary books are available at the Natrona County Library and Casper College Goodstein Foundation Library. It is a first-come, first-serve, but they are available to our community. And having a book club at one of our downtown locations in Casper has really facilitated engagement with community beyond those who might normally attend festival sessions.  We’ve talked a lot about fine arts and humanities, but it’s exciting to note that we do engage in discussions about political science, science itself as well.

I should also note that you can earn continuing education units for Casper College Training and Development credits for attending the Humanities festival.