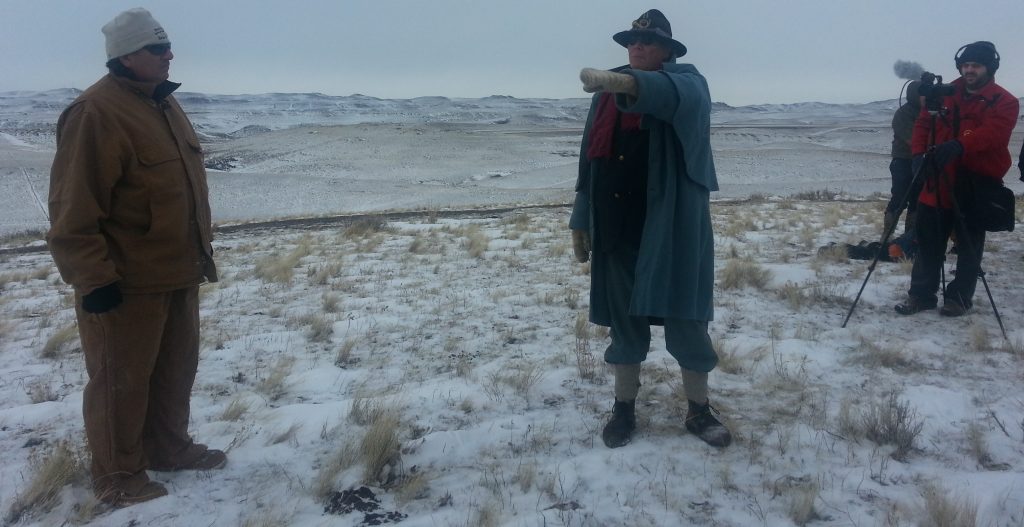 One hundred and fifty years ago, on December 21, 1866, an alliance of Lakota, Northern Cheyenne, and Northern Arapaho fighters overwhelmed and defeated the U.S. Frontier Army in a feat of military genius that is known as the Battle of the Hundred in the Hand among the Indian nations and the “Fetterman Massacre” among the white historians who recounted the stunning victory that was the worst military disaster ever suffered by the U.S. Frontier Army—until Custer came along ten years later.

By the time the relief troops dispatched from Fort Phil Kearny, near present-day Story and Buffalo, Wyoming, were able to reach the battlefield, eighty-one soldiers and civilians—the entire contingent—were dead on the field. The Indians were casually retreating to their extensive camps of thousands of families north of the Tongue River a few miles away. Their so-called “village” was actually larger than Omaha at that time.

This historic victory for the Indians has been primarily told from the perspective of the army and non-Indian participants in the story. It was shocking news to a nation still reeling from the Civil War and convinced of its superiority over the Indian tribes it had vanquished up to this point. How on earth could the military might that ultimately brought the South to its knees be so handily defeated by the Plains Indians? The army and the federal government worked tirelessly to portray the Indian victory as a one-off incident based on the ineptitude of Colonel Henry B. Carrington, the commander who spent forty-five more years trying to clear his name. As Carrington slowly and successfully defended himself, blame was shifted to Captain William J. Fetterman, commander of the unit who was killed on the battlefield, an orphan and bachelor with no family members to defend his reputation. He was portrayed as an arrogant buffoon who easily fell for what must have been lucky, amateurish tricks by the Indians.

In 1908, at a commemoration of the battle some forty-two years later, a monument was erected to honor this historic event. The plaque on the obelisk monument says: “On this field on the 21st day of December, 1866, three commissioned officers and seventy-six privates of the 18th U.S. Infantry, and of the 2nd U.S. Cavalry, and four civilians under the command of Captain Brevet Lieutenant Colonel William J. Fetterman were killed by an overwhelming force of Sioux, under the command of Red Cloud. There were no survivors.”

There were no survivors. Tell that to the thousands of Indians that witnessed and participated in the battle. This event had major implications for American, and Wyoming, history. About eighteen months later the Fort Laramie Treaty of 1868 between the governments of the United States and the Lakota and Arapaho nations ceded the land that included Fort Phil Kearny and other forts of the Bozeman Trail to the Indians, as well as guaranteeing the Lakota ownership of the Black Hills and hunting rights throughout South Dakota, Wyoming, and Montana. It essentially closed the Powder River Country of northwest Wyoming to all whites. We all have a sense of how this story ends, with treaties being broken or duplicitously changed in order for the Indian nations to cede their land, but do you know how the Indian descendants of the warriors who fought that battle tell the story and how it impacted their future? Would you like to know? Shouldn’t all Wyomingites know?

Wyoming Humanities believes that our American Indian neighbors on the Wind River Reservation are Wyomingites too. Their history is OUR history. There is a movement afoot in Wyoming to take Montana and South Dakota’s lead and implement an “Indian Education for All” strategy that explicitly integrates the American Indian story into the curriculum for our K-12 students. We’ll keep you posted on this idea.

In the meantime, as we embark on a decade of sesquicentennial celebrations, I want to invite you all to join me on December 21, 2016, as leaders from the Lakota, Northern Cheyenne, and Northern Arapaho tribes, along with leaders from Wyoming, conduct a commemorative celebration of this very important event in our history. We will meet on the battlefield at 12 noon and acknowledge both sides of this story.

Wyoming is uniquely situated for us to acknowledge and celebrate our cultural diversity while remaining proud of what unites us. I hope you all agree and I ask you to consider donating to our organization so we can continue this good work, and even better, come to Fort Phil Kearny and the Fetterman Battlefield on December 21 at 12 noon and learn more!