“Space is the Place” and “Wakanda Forever”: Afrofuturism’s Other Stories 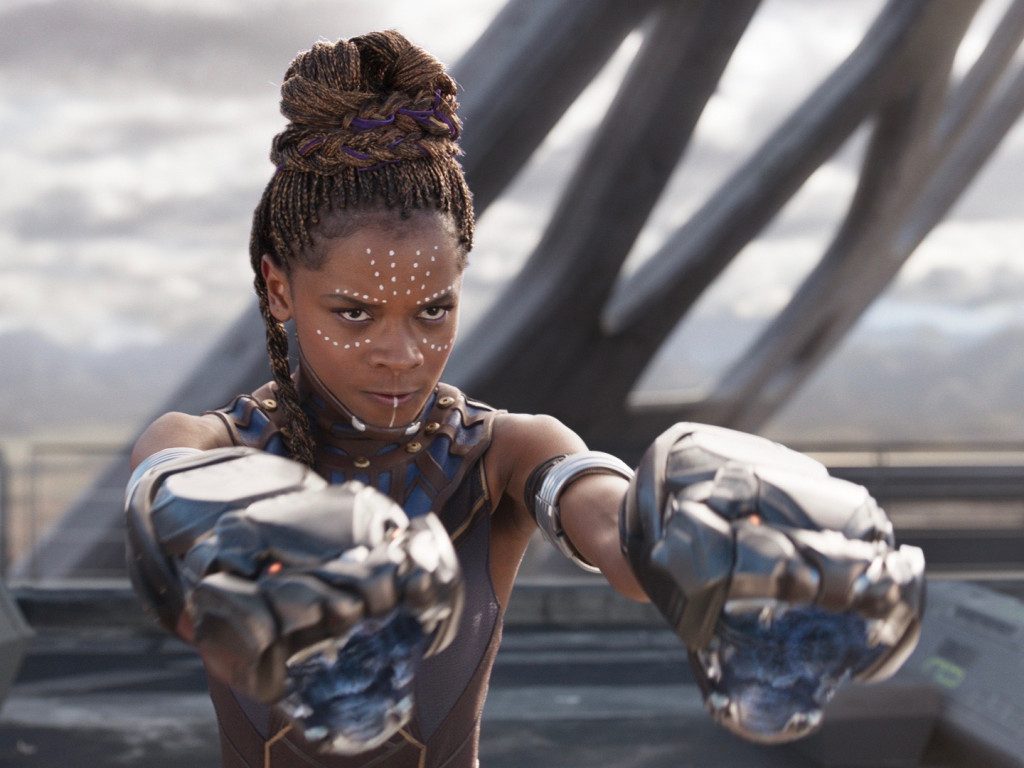 News broke this past July about the next project for Game of Thrones’ showrunners David Benioff and D.B. Weiss. Partnering again with HBO, the pair would produce Confederate, set “in an alternate timeline, where the Southern states have successfully seceded from the Union, giving rise to a nation in which slavery remains legal and has evolved into a modern institution.”

Two weeks later, Amazon announced it had its own alternate history show in the works. Titled Black America, this series is set in “an alternate history where newly freed African Americans have secured the Southern states of Louisiana, Mississippi and Alabama post-Reconstruction as reparations for slavery, and with that land, the freedom to shape their own destiny. The sovereign nation they formed, New Colonia, has had a tumultuous and sometimes violent relationship with its looming ‘Big Neighbor,’ both ally and foe, the United States.”

Two developing shows based in alternate histories of the United States. Yet public reaction to the two announcements was quite different. Faced with the news that two white men whose current show has come under fire for its depictions of race, gender, and sexual violence, many invested in popular culture were not thrilled. Bestselling author Roxane Gay tweeted “It is exhausting to think of how many people at @HBO said yes to letting two white men envision modern day slavery. And offensive.” Editor Jermaine Spradley, in a much longer twitter thread, dove into why the announcement was so poorly received. The pain of slavery, he argued, “is not a thing of the past. It’s very much present in each of our lives every day.” “Ain’t none of us tryna sign up to watch 6-7 seasons of people who look, dress, talk, act like us, who basically are us, being dehumanized.”

The Confederate announcement was so ill received because the show was read as capitalizing on Black pain many feel has not yet been reckoned with. What, in other words, is so interesting about reproducing historical Black trauma and suffering in the present day? Black America, on the other hand, was hailed by multiple publications as the “Anti-Confederate.” Rather than re-enslaving Black Americans, this show’s alternate history presents a more optimistic story in which Black people play an active role in “shap[ing] their own destiny.”

Yes, both of these shows were in the very early stages of development, and placing judgment so early may not be fair to what the creators wanted to accomplish. (As of now, HBO’s Confederate is not being “actively worked on”).   But the difference in their focus—one rehashing Black victimization and one positing a story of Black empowerment—serves as a useful example of one of the key concerns of Afrofuturism: visions of a Black future, and how that future relates to a Black past.

Mark Dery first defined Afrofuturism in his 1994 piece “Black to the Future,” describing it as “speculative fiction that treats African-American themes and addresses African American concerns in the context of twentieth century technoculture—and, more generally, African-American signification that appropriates images of technology and a prosthetically enhanced future.” Rather than sci-fi stories about the future that are made by and about white people, Afrofuturism features Black voices with “other stories to tell about culture, technology, and things to come.”

Other stories. Rather than asking “what if Black people were (still) enslaved?,” a question that, frankly, has been explored quite a lot already, an Afrofuturist take might ask “what if the formerly enslaved had their own nation?”

While Dery defined the genre in 1994, Black artists had been creating these other stories well before then. The musician Sun Ra’s work, for instance, is often cited as an early example. Take a look at the opening of his 1974 film Space is the Place. As the camera explores a lush, otherworldly forest, Sun Ra appears, dressed as an Egyptian pharaoh and followed by a hooded figure with a mirrored face. Noting the “music is different here, the vibrations are different,” Sun Ra declares “we’ll set up a colony for Black people here. See what they can do on a planet all their own.” The rest of the film involves music, Oakland, NASA scientists, and time travel, in the process projecting a vision of a future exclusively concerned with African American culture and lives.

Ryan Coogler’s blockbuster film Black Panther is, of course, one of the more recent example of Afrofuturism. The film is set in the fictional isolationist African country of Wakanda, the most technologically advanced nation in the world. Black Panther is a story very much about Wakanda’s black ruler, citizens and what that country might owe to the rest of the world. Wakanda and its inhabitants, in other words, are one possible answer to a what-if question: “What would a Black nation look like if it had not been subjected to colonizing forces?” Coogler presents an Afrofuturist answer, interweaving concerns about black culture, history, and family with futuristic tech.

The film’s jaw-dropping costumes, designed by Ruth Carter, highlight the film’s thematic concerns, intermingling sci-fi technology and traditional tribal garb. “Our aesthetic,” said Carter in an interview, “was always to bring about positive visuals of the African diaspora. […] To be about a forward-thinking community that empowered the Black community, women, and even natural hair.” The film, both in plot and design, presents empowered and powerful Black characters free of a colonized past. “You had to imagine a place that didn’t get colonized by the Dutch or the British,” explained Carter. “So what would that be like? How would their culture stay intact, and what would it look like? […] It’s not so much a fashion as a political statement, about freedom of expression, being unapologetic about who you are and how you adorn yourself.”

Black Panther has been roundly praised by critics and audiences, spawned quite a lot of think pieces, and is changing narratives about what a financially successful film can be. A common refrain in reviews is the film is different from other Marvel movies. Not only in its nearly all Black cast and crew, but in its focus on politics (as much as a Marvel superhero movie can focus on politics) and world building.  Given its Afrofuturist nature, that difference shouldn’t be very surprising. Afrofuturism, after all, is interested in, as Mark Dery wrote, “other stories […] about culture, technology, and things to come.”

Confederate’s hypothetical world would have, most likely, involved plot points and characters many of us are already familiar with: a runaway slave, a cruel master, an abolitionist, perhaps some star-crossed lovers. What characters and plot points Black America will make use of is, to my mind, much less predictable.  And that’s exciting. It’s sometimes surprisingly hard to recognize the similarity in stories we consume.  Stories created by such Afrofuturists as Octavia Butler, Samuel Delany, Janelle Monáe, Parliament-Funkadelic, and Frances Bodomo, among many, many others, are one important way we can ensure we’re considering other stories, and thinking more critically about our diverse world.